Eisys officially launches the Maika Fantasia idol rhythm game for Android on June 29. The game will be released for iOS at a later date.

Maika Fantasia is a rhythm game, where players can train the game’s 23 girls over 5 original idol units and play their music. Original songs and various collaboration songs will be playable in the game. The curtain now rises on their first stage with their various thoughts and feelings in mind!

Five unique units with different specialties and performances will be featured in this game:

▍Perform a Variety of Songs to Become a Top Idol!

Through “live” performances, the girls grow as idols as the story progresses.

The “Live” part is a rhythm game in which players can play original Maika Fantasia songs sung by each unit, as well as cover songs from popular bishojo PC games and doujinshi works. The game also allows players to aim for higher scores by switching members based on their skills and other characteristics.

At the time of the game’s release, 11 original songs and 7 cover songs will be available, including “Mycafantasia” sung by “Sakura Step” featuring Yume Yonaga (CV Reina Kondo) and Hayu Natsuhatsuki (CV Tomoyo Kurosawa). New songs, both original and collaborative, will be added one after another in the future.

▍Clear the Tutorial and get a free SSR!

A set of rewards will be given to all users who have completed the tutorial. The set includes the SSR [Our Longing] of Rioko Akemi, in-game currency, and other useful elements to help you get started!

In addition, to commemorate the release of Maika Fantasia, the Game Launch Celebration SSR Guaranteed Gacha, a tenfold gacha limited to once per person, and the Release Commemorative Pack (until July 28, 13:59) are also on sale! 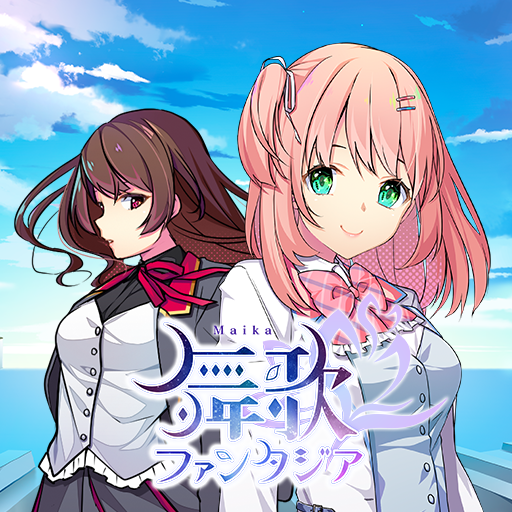