I’m an engineer and I have worked outside the gaming industry in the IT field for 10 years. Right now, I’m relying on my original game and I’m barely scraping by.

While working on the company’s software B to B, I would sometimes feel down so I started working on mobile software. Later, due to the rise of smartphone apps, I started developing mobile games.

I wanted to give users a new experience, so I chose Cuisine as the main theme. Because I don’t want the users to be overly excited, so the game was designed to be played over time. Users thought that these 2 points were pretty good, and the comments were also pretty positive.

I have been in the APP community “This year’s rising Developers”for 3 years. Hopefully, I will be able to make it this year as well!

As times change, the quality required keeps getting higher. But no matter how much time changes, the most important thing is the work plans and concepts. This is not only limited to mobile games, developers can now challenge themselves to make games on VR, 3DS, PC, and other gaming platforms. Hopefully, they can choose platforms that suit themselves!

In order to use more methods to surprise the users, we will review it daily. After that, we will provide you guys with a better game!

In the future, I will continue making fun games for all of you, please don’t abandon me! 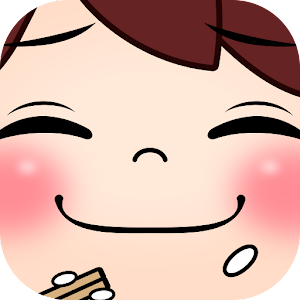