Greeting Gamers, it sure has been a while since our last encounter. I am your hosting android R.I.S.E.M.A.R.A. I have been instructed by Syndetira Azerith to assist gamers who seek assistance and guidance on the popular connection The Maze of Grand Marche（グランマルシェの迷宮）. Since this game is somewhat related to cooking, please consider this as a recipe book filled with delicious French course. Bon appétit!

Favourite Cooking Guide for Gamers – Volume 1 would include the following:

-An in-depth analyses of all normal GACHA 5 star chefs

An in-depth analyses of all 5 star characters/chefs

The phrase プチフール in French refers to a small bite-sized appetizer. Lolli is definitely a strong companion for your team. Don’t let her lovely appearance fool you, Loli’s fighting ability and cooking talent will put a lot of other chefs in a rather shameful spot. Lolli specialised in preparing Balanced dishes, and her active skill “Cakey Penalty” is a strong lightning-type damaging magic. The amazing thing about Lolli is that her active skill only requires a charge of 20, which is the quickest charge time among all 5 stars chefs, with a total damage of 1101 at level 45. However, the biggest drawback is that whenever she activate the skill, it will automatically end your turn and hence the monster will fight back immediately. Despite that, with an average combat status and above average cooking status, Lolli is definitely one of the best 5 stars chefs.

Sol specialised in Meat cooking, and just like his specialty, his active skill “Crimson Requiem” deals fire damage to enemy and has a 10% chance to induce Sleep to enemy. In terms of the active skill, a charge of 60 will appears to requires a bit more time to charge up when compared to Lolli, but the status-induce bonus definitely put Sol into the tier one 5 star chefs, along with Lolli. Monster inflicted with Sleep cannot move, attack back and summon mobs, so pretty much giving you 1 extra turn to deal damage. The combat status of Sol is average among the 5 stars, however its cooking status is a bit low and lack of specialty when compared with other 5 star chefs.

Gimlet – The Emperor of Taste

With a dominant appearance and a king’s aura, Gimlet seeks to be one of the top chefs in Grand Marche. By just looking at Gimlet, it won’t be difficult to understand that he is extremely competent in combat. Gimlet’s combat status is the highest among all 5 star chefs, however, Gimlet’s active skill is not damaging magic but combat empowering ability. Once “Essence of Asura” is activated, the party’s attack and defence will increase by 23 and 2 respectively. The only downside of Gimlet is that his skill requires a lengthy amount of time to charge up, which is a charge of 90. However, once the ball started rolling, Gimlet can be bring chaos to enemy as his attack can be devastatingly strong once he gain enough level in the dungeon. In contrast to Gimlet’s muscular appearance, he is specialised in Vegetable dishes and his cooking status is above average as well.

Kalua is definitely an interesting 5 star chefs. Unlike other chefs, Kalua’s active skill “Cat’s Hand” have nothing to do with combat, but it double the combo bonus you already have. Kalua’s position in the party is very strategic-based indeed. Due to the lack of damaging skill and an extremely long charge time for “Cat’s Hand”, players will need to plan out how to use Kalua effectively beforehand. Kalua will rely heavily on the party composition, and if player have the right members, Kalua will be a crazy leveling machine for your key party member. On the cooking side, Kalua specialised in preparing meal with Fish ingredient in it, and Kalua’s cooking status is definitely high when compared to other chefs. Before I forget, Syndetira Azerith reported that Kalua is a key member in the party when trying to clear particular mission!

Sylvia excel in defence, in fact she is the ‘tankiest’ chef among all 5 star chefs. Sylvia’s active skill, “The Wall of Lich”, grants the party a Guard (15) effect and permanently increase the party’s defence by 5. The Guard effect last for 3 level in the dungeon, therefore it raises the survivability of the party significantly. Regardless of the strong protection Sylvia brings to the party, “The Wall of Lich” have a significantly long charge of 145. Players will need to use Sylvia effectively to overcome sticky situation. Hence party composition is crucial for Sylvia, just like Kalua. Also, just like Gimlet, if you invest enough in Sylvia, the dungeon monster won’t be able to put a scratch on your party’s HP bar. Specialised in Vegetable dishes, Sylvia’s cooking status is in tier one when compared to other 5 star chefs, making her a valuable asset in the restaurant!

Sango – The dream chaser of cereal

At last, a healer chef for the party. Sango is the only 5 star chef with a HP replenishing active ability “Blessing of Inari”. Due to the lack of healing item in the dungeon (trust me, sometime you won’t find any potion), having Sango in your party will bring you great reliefs. A charge of 90 is acceptable when the skill can literally turn the table around in some situation. Also another bonus of using “Blessing of Inari” is that it will increase the party’s maximum HP limit, making the party more endurable in multi-level dungeon. On top of Sango’s above average combat status, Sango’s cooking status is the highest among all 5 star chefs. Sango specialised in making Fish meals and having her in the restaurant will definitely bring numerous advantage to your party.

Growth Type: Skill empowering
R.I.S.E.M.A.R.A: Recommended mid-game 5 stars chef.
Dungeon Suitability: ALL DUNGEON (I mean come on, she is a healer, of course she is suitable in all situation)

I guess this means time is almost up. If you found this guide book useful, please do leave a comment. If you have any questions or suggestion for me, please do share that on the comments as well.

If the connection become stables again, we will take a look at all the passive abilities for our chefs. So, until we meet again. 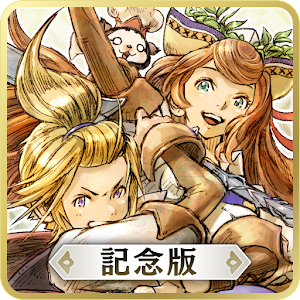