If you define yourself as a Pokemon superfan, you must not only touch on the classic RPG series, but also the evergreen Pokemon card games. Here comes the new generation of Pokemon chess battle:《Pokémon:CoMaster》. With the help from a specialized AI engineering company HEROZ, a brand new AI-leaded chess battle was first introduced to both Android and iOS platforms.

At the start of the game, a mask is given to you as the ticket to the various Pokemon chess battlefields. From time to time, you will win other building leaders and get more gorgeous masks.

In single player mode, you need to confront challengers from different levels of the buildings.After each challenge, you can collect various Pokemon chess models by spinning a lucky wheel. With diversified functioned-Pokemon, you could freely create your favourite teams.

Key to win:
– Move your figure to your opponent’s base point.
– Occupy both of the chess spawn point to force opponent surrender.

Whenever your chess encounters an enemy chess, both sides need to draw a skill by spinning the lucky wheel. The wheel would decide if your Pokemon would flee, miss, attack or use special skill at that round.

Beside the chess part, you can also take some chances on drawing the function cards. You can cast special skills on chess by using cards, which highly secure your Pokemon from being kicked back to the clinic.

Your starting point is a set of novice team consists of three starter Pokemon from different regions: Torchic,Piplup and Chespin, together with three Bidoof.

After the tutorials, you will have red diamonds for drawing new chess. For players who wanted to get your first draw perfect may want to know the probability :

After each lucky draw there are blue stones given as a bonus, which you can buy extra chess. The available item in such blue stones store varies from C-level Pokemon to even EX-level Pokemon like Palkia. The costs ranged from 250 to 4000.

The chess model looks really nice, yet there are no official plans to materialize it. And if you are a big fan of Pikachu, just hold back your money for a while, because you can get Pikachu (UC) after the first building challenge.

Different Pokemon has different skill palette, you can edit it by upgrading their levels. My opinion is do not focus the attack points, at many occasions special skill is the king. Such that even if you did not get an EX for your first draw, you could still have a smooth journey.

Take Meowth (R) as an example, its skill (ねこだましNekodamashi) can switch its position with the opponent’s. Such super useful skill it has , which ignores attack, flee or guard from enemy. If you have Meowth in hand, you have only one thing to do:expand the special skill portion crazily!

Another suggested Pokemon is Spearow, having the ability to skip the enemy that is in front of you. You can get Spearow at the first level of the second building.

Besides the Pokemon part, the AI system in 《Pokémon:CoMaster》is bringing the card (board) game to a whole new level.

This technology certainly introduce more non chess-lovers into the game play. In single player mode, you can simply rely on the AI button if you have no idea on next step. But if you are a chess lover, you will definitely have fun as the opponents are no longer senseless computers anymore.

If you have ever touched on the old Pokemon board game, 《Pokémon:CoMaster》is a must-try game for you then! 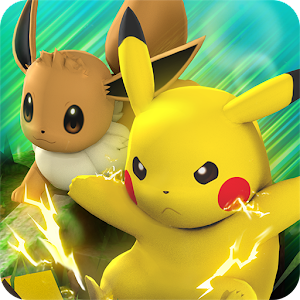