Accessing Arch Journal – Volume 2, Chapter 1: The Lion on the Battlefield – Richard I of England

Forewords of the Arch Journal

During my journey with the rewriters, I am able to experience numerous vastly diverse yet remarkably intriguing historic events in person. Those great remnants that joined the rewriters’ cause shared their story with me; they showed me their goal, ambitions, determination and the courage to continue in desperate situation. Knowing that there will be limits on the depth of these heroes’ life being explained, I sought help from T.S.U.K.O.M.I and R.I.S.E.M.A.R.A to create this Arch Journal to show you just a bit more about who they really are and why they have done what they did. May you found knowledge and wisdom while reading these journals.

A lion is strong, but its immense strength comes with loneliness.

The Lion on the Battlefield

I have to say I might never get used to this "time diving through the cell phone" idea, because it gives me nausea afterward. Another awkward thing about this time-diving business would be the unpredictable landing location after the dive, and finding myself in the middle of the Third Crusade in the 12th century should never be excluded. Arriving on a boat, the first thing that struck me and the other rewriters was an unmissable aura coming from this person.

Without too much thinking, Shingo and Nagisa declared that individual was Richard I of England, also known as Richard the Lionheart. Just like what has been recorded in the history, Richard was pretty handsome; even from a male’s perspective. [T.S.U.K.O.M.I: Blond hair, blue eye, around 1.96m tall with fair complexion. What a perfect specimen!] After hearing the conversation Richard just had with one of his soliders, we were almost certain that Richard and his men were embarked on the journey of the Third Crusade, aiming to reclaim the sacred land of Jerusalem.

[T.S.U.K.O.M.I: The Third Crusade was mainly carried out by three Christianity dominant countries which included England, Prance and the Holy Roman Empire (Austria/Germany). The ultimate goal of the Third Crusade was to reclaim the Holy Land of Jerusalem from Saladin, the sultan of the Muslims at that time. King Richard, shortly after his coronation, decided to participate in the Third Crusade alongside with King Phillip of France and the imperial army of the Holy Roman Empire. As we can see, the route King Richard and his fleet took on his journey for the cross from the picture above (the red dash line), King Richard spent most of his time travelling on sea. Being a naval supremacy country, England might have to use the most skilled captain to sail the ships; yet no one could overcome scurvy as this disease had haunted all sailors and sea travelers until the mid-18th century. According to history, King Richard suffered from scurvy while fighting most of his early battles in the Third Crusade.]

As Shingo had pointed out, King Richard looked unwell. I soon figured out this might be the early symptoms of the infamous sea sickness, Scurvy.

After Nagisa explained to Shingo about the crusade, Shingo found some modern antipyretic medication in his pocket. [T.S.U.K.O.M.I: Wait a second, did you steal that pocket from Doraemon!?]

And of course, King Richard took the medication without too much hesitation! [T.S.U.K.O.M.I: For real? Didn’t your mother told you not to take thing from strangers?]

As expected, King Richard had been fully recovered before he landed. In the middle of landing, King of France came out of nowhere and demanded the English armies to join in the fight without further delay. Accused of being late, King Richard had no choice but to bring what he could and join the battle immediately. Given that the Austria armies were also present, I am assuming this is the battle of Acre.

England, France and the Holy Roman Empire divided the battle zone into sectors and each King led his own troop to fight the enemy in the given sector. After suppressing the enemy force in the English sector, King Richard ordered a strategic retreat to minimise casualty. All the sudden, King of France popped out from nowhere and demanded the English troop to continue fighting by assisting the engaging imperial armies of the Holy Roman Empire. In exchange for the assistance, King Richard requested extra rewards for his men.

Unable to answer that request, King of France used the late arrival of King Richard and the English army as a blame again before he walked off for the upcoming strategic meeting. Getting tired of this, King Richard had no choice but to put all his focus on the war instead.

[T.S.U.K.O.M.I: For those of you who is curious why King Richard was accused of being late to the battle of Acre, it was all about money. War is extremely expensive, especially back in the 12th century. As I have explained before, compared to King Phillip of France and the Holy Roman Empire, King Richard and his English army took the longest route to Acre. As much blessing as the God himself can bestow upon the crusaders, such big army required something more tangible and substantial. It was said that King Richard raised tax, robbed the nobles, sold royal lands and prominent government position, he literally did whatever a king can possibly do to raise the funds to support this crusade; in his own word, "I would have sold London if I could find a buyer".]

Fate was doing King Richard a big favor. On his way to Jerusalem, King Richard’s fiancée encountered a storm and was forced to land on the island Cyprus. Issac Komnenos, ruler of this gold-rich island attempted to capture King Richard’s family for ransom. This gave the lionhearted King a perfect reason to conquer this island once he arrived. The army in Cyprus was no match for the King and his well-trained knights. After acquiring the golds reserved on the island, King Richard then sold the island to interested parties for a considerable amount of money. This detour ended up extremely beneficial for the English army and this might be one of the reasons why King Richard was late to arrive on Acre.

After forcing the enemies to retreat back to their castle, King Richard arrived at the strategic meeting with King Phillip of France and the leaders of the Holy Roman Empire. Disregarding England’s concern, France and the leader of the Holy Roman Empire had decided to launch a full scale attack on the remaining Muslims in Acre. The plan of attack was simple, because there is no plan at all. On top of that, King Richard and his men had been "given the honor" to lead this unplanned charge, while the French and the imperial army followed right after.

Being the minority, King Richard was forced to obey to the decision and led his English troop into the heart of the enemy. Casualty would be great for the English soldiers, but that’s exactly what the King of France and the leader for the Holy Roman Empire looking for. [T.S.U.K.O.M.I: When there is a conflict of interest, one will be amazed by how much of a hypocrite people can be, especially those prestigious royal subjects.]

In the end, the crusaders concluded the battle of Acre with a victory. Christianity had successfully taken control of one of the major city in the middle east. Just when everyone was celebrating this glorious victory, something King Richard never expected happened. The English troop started a quarrel with the one of the leader of the Holy Roman Empire, Duke Leopold V of Austria. As a result, the fragile connections between England and her allies were completely shattered.

[T.S.U.K.O.M.I: Recall when I said war is expensive, and by this stage, both France and the Holy Roman Empire were pretty much searching for an excuse to exit the Holy War; due to it being a waste of resources and seemingly fruitless. Any form of insult, may it be direct or indirect, would give the receiver a perfect excuse to abandon the Third Crusade; and that’s exactly what the French and the imperial force of the Holy Roman Empire waiting for. Though King Richard was right, the Church (both Catholic and Christian) would deem this act of desertion sinful and unacceptable; however, the Church was also profit-driven as well, meaning they knew how futile this war could turn out to be if failed. To be completely blunt, no one was actually helping each other with a good intention. Plotting against each other and obtaining leverage position for profits had always been the goals for the nobles and the royal family in Europe throughout history.]

All of the sudden, King Richard found himself celebrating this victory alone; not to mention this was what would happen in every victory [T.S.U.K.O.M.I: If there is any] .

Knowing the odd was against him, the lionhearted King had no choice but to take on the Great Sultan Saladin all by himself. Though deep inside, King Richard did sense his greatest enemy was not the Muslims in Jerusalem, but someone much closer from home… 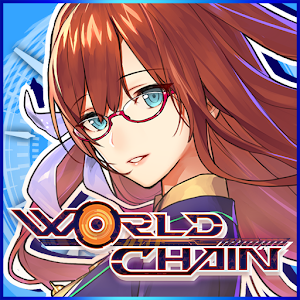