Coming from the same developer as 《Colopl Rune Story 白猫プロジェクト》 and 《Sonet Battle Girl HS》, a new action RPG “project” ,《 Dragon Project ドラゴンプロジェクト》is now available on both iOS and Android platform. As always, inheriting stunning 3D graphics and “Punicon”, this game has yet been a controversial one with the suspicion of copying. Indeed, if you take a glance on the tutorial, you may find it look similar as Monster Hunter Explore, but I don’t think that is a fully fraud without enhancements.

Although the theme may look the same, I think《Dragon Project 》is having a better monster variety. MH has been a bit disappointing as it is recycling few 3D models for different events. And for this you can spend some stones or walk around to join the rare monster fight, which will bring you materials in producing nice equips.
(❍ᴥ❍ʋ)：It is quite interesting that Dragon Project turn out to have more monsters than Monster Hunter.

Of course for Colopl’s work, Punicon is a must. This single-handed control system was brightly featured in Colopl Rune Story and being “continued” by some other developers. So if you think this control system looks similar to MH, don’t forget it was first invented by Colopl.

If you a experienced “dragon slayer”, you must have your best weapon. And for 《Dragon Project》, more or less they are well-preserved. Every type has their own attack rhythm. For the very first lucky draw, if you have S or + weapons, even it got B-level skills, that would be good enough for you to start game. As you can actually have added skill from「MAGI（マギ）」.
(◔⊖◔)つ: There are five types of MAGI, serving different purposes. And the slots your gear has need different stones.

Back to the good old days – MMO RPG on mobile?

I would describe《Dragon Project》as a mini MMO which uses open map, meaning that just like what we did in the good old days, entering into the game world and arrive back to the ‘street’. I admit that at least catch my heart, don’t know if other players feel the same.

As there are sessions that you need to sweep maps for mission materials, I suggest try not to just use one kind of weapon.
(◔⊖◔)つ: If you find that other players rob your targets, you can stay still in several areas, as the monster spawn points are certain. You can just stand still and wait for them.

Material collection mission is really time-consuming, you can try to pull a train of monsters. Just use wider damage weapons to give a shot to them. But be relax, as once you have had damage on the monster, you can gain the reward. So kill-stealing isn’t at its worst situation.
(◔⊖◔)つ: regular wooden box: normal; silver wooden box: mission material; red box with gold border: rare material.

When you are wandering around, at a high probability you will encounter a large-scaled rare monster. Despite the slow loading time of the map, it can certainly cure the boredom during the material-collection missions. The settings are the same as the special monsters summoned by stones.

Do you know that you can switch the display in horizontal format? You can earn much more perspective from that.The procedure is as this:
オプション＞表示設定＞戦闘中の横画面表示対応＞ON

Knowing that many players call this game as another MH, but I don’t think this is the reason that all the details Colopl inserted should be ignored. It has learned the lessons from MH, opening a new gate for mini MMO in mobile. Still, last tip from me, remember to play it under a really good internet connection, unless you will have a bad bad time~ 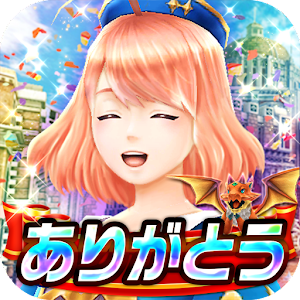