Welcome to the data archive, I am your hosting android R.I.S.E.M.A.R.A. I have received information from Syndetira Azerith that the connection with Pokémon Go had been modified and the game data had been updated. In order to keep all gamers in touch with the latest information, I will explain some of the modified contents in detail.

The following information are from the primary source:

Avatars can now be re-customized from the Trainer profile screen

All players can now edit the appearance of their in-game avatar. For example, if you have chosen Team Valor, you can now re-style your in-game avatar to support your team. This option is available through Avatar Icon (Bottom Left) ->Option Icon (The three horizontal lines at Bottom Right) ->Customize.

Removed footprints of nearby Pokémon

This would be the biggest modification in Pokémon go so far. In this update, Niantic Lab had decided to completely remove the Pokémon Tracking System – Footstep, rendering every Pokémon shown in the Nearby List with no footstep/paws under it.

According to the creator of Pokémon Go, John Hanke, the footstep system were removed to improve player safety and other personal security concern. On top of the search system removal, player will not be able to estimate which Pokémon in the Nearby List is the closest as all Pokémon in the Nearby List are randomly placed on the list. (E.g. The Old Z-method, which is the Pokémon in the top right corner of the Nearby List is the closest to the player, is no longer true. Syndetira Azerith reported that Pokémon on the bottom right corner of the Nearby List can still appear right next to him.) Also, all previous known spawn point of certain Pokémon had been changed, therefore a greater variety of Pokémon might be available in your area right now!

Right now, there is no incentive for player to loiter into dangerous places (e.g. creek, middle of the road and police station!) to search for Pokémon, therefore such behaviours will be reduced.

The Pokémon encounter interface had been slightly modified.
1. Additional voices/sounds of the Pokémon had been incorporated in the engaging interface.
2. Extra dialogue displayed on the screen after Pokémon broke free from Pokéball.
3. Graphic of the background, Pokéball and escaping animation have been improved.

4. The in-game map had improved accuracy on displaying the actual landscape of the surrounding. Also, popped up Pokémon now has a longer radius of “touchability”, meaning even if the player travel further than the Pokémon spawn location, the player is still able to tap on the Pokémon and start the engaging interface.

5. Bugs such as freezing while catching Pokémon and other bugs have been fixed.

The achievement medal images below the profile page had been reworked, it looks cooler…at least in my opinion!

The in-game text had been reworked, looks bolded and clearer than before. 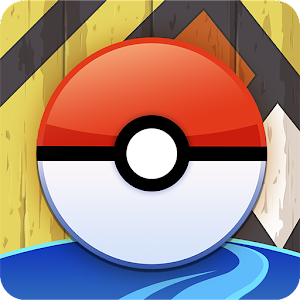