I am an individual game designer for Marchen Forest and I like cute and dark things. Originally, I worked at a game company in Japan.

I didn’t have any personal experience for individual game design, so I began to learn how to use Unity. I chose mobile games because I want to bring the same enjoyment of PC and console games to mobile.

The game is split into two themes. There are two parts to this game. The first is to tell afairy tale through an adventure game and the second part is an RPG that tells the darkness that lies beneath the ground. I hope that players will experience the difference between the two worlds. Both part 1 and part 2 have their own interesting ending. This mobile game is different from others, by experiencing success, loss, emotion, and other emotions, I hope you guys will enjoy the game.

Since it was my first time making a game, I started from the bottom. I was really afraid that I wouldn’t get any users after the release of the game. Fortunately, after the game was released, users from different places started to play my game. Once in a while, I would even receive emails from users that have played my game, it makes me very happy! I am very fortunate to gain this experience.

Additionally, since there are Ads in the game, it is completely free. After I made the game available, there should be many Ad plays, but my income was non-existent. Then I realized that for the ad network I was using, I had to download an app in order for me to receive my payments. It was such a failure, games was not merely enough to earn me money. Game developers, remember to find the correct ad networks for your apps.

How did you solve the Ads problem in game?

Unfortunately, I don’t know how to fix it currently.

So will you still produce “Marchen Forest Part3”?

I planned to make Part3 in a new app. Now I am creating something like Part2.5 in the current app.
Though it’s still under construction, but the outlook should be like that↓

I grew up in the era of pc games, so the concept of mobile games appeared very new and odd to me at first. I made me feel that the real type of gaming I am use to is being decayed. Personally I’ve made games before and I understand the importance income…but I hope that mobile games can be as fun as pc games or even be more unique.

I am now creating a Chinese traditional version. Then I hope to complete many different products. As a future goal, obvious it would be making games, it is what makes me happy. The hardest part of developing games is to be committed to it.

Thank you for everyone who has read my interview, although I am nobody, I hope everybody will enjoy my game and enjoy! 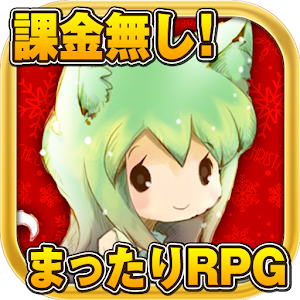