Omoha everyone! This is Azerith. It has definitely been a LONG TIME since we last connected. Well I was busy, so there you go! Boom, the answer is right there!

Anyway, my sensor picked up a new feed, and after I trace back the feed, I discovered this new smart phone app game called Guardian Codex (T.S.U.K.O.M.I: Codex, originated from the word Caudex in Latin, represent a recording device, usually a book, with handwritten contents.)

About the Creator
Created and published by Square Enix, a prominent game and entertainment publicly-listed company. Ever since making the biggest turn back in video game industry, Square Enix has been able to sustain itself and actively extending its influence in the smartphone app industry. Having various developing teams and being involved in the game app market vigorously, Square Enix is able to publish a smartphone game in a matter of one or two months. Unlike the “all eyes on me” Final Fantasy series, not every single smartphone app published by Square Enix gathered a significant amount of attention. Despite haste does not make great, Square Enix and other game companies had definitely created standards in the mobile app industry, forcing it to evolve and improve at a phenomenal rate.

About the game
Guardian Cross, one of the prototype game app developed by Square Enix back in the days, it was an extremely successful game app. Millions of player around the world enjoyed the game, and people even developed communities to start discussions on team formation, trading and strategies. Of course, I enjoyed the game as well. Unfortunately, due to the immaturity of human being and the game app industry, hackers and coders were able to manipulate game data to abuse the game. So after a couple months, most player deserted the game and…yeah that’s pretty much the story.

Announced as the “successor of Guardian Cross”, Guardian Codex was released earlier last month. Unlike Guardian Cross, the game does not require players to hunt down guardians, but instead, you GACHA them! [T.S.U.K.O.M.I: I completely did not expect that. *roll eyes*].

In the year 2030, a civil war between The Empire and the Resistance rages on the planet Earth. The Empire gets the upper hand of the war, which forces the Resistance to find hope by sending human beings, codename Agent, into the virtual reality realm, “Codex”. The goal of the Agents is to discover, gather and bring back the already-extinct Guardians, and use their divine power in the real world to turn the war around. [T.S.U.K.O.M.I: Well, without too much information, you probably can’t find who is actually the good guy and the reason for the civil war, but I guess more will be revealed as players advance in the storyline.]

One of the features I like about Guardian Codex has to be its stunning graphic. Now I know I shouldn’t expect too much from a mobile game app, but Guardian Codex definitely did not disappoint me with the graphic details. Each Guardian was created in cutting edge 3D graphic, not only their appearances, but the battle scene, skill action and their ultimate animations as well. [T.S.U.K.O.M.I: Of course, the 5 stars Guardians look MUCH MORE BETTER than the 1-4 stars Guardians, but hey, people need contrasts to compare! Without ugliness, there won’t be any beauty!]

The rarity and strength of the Guardians are determined by their star numbers, from the weakest 1 stars to the strongest 5 stars. Just like most GACHA system in Japanese game apps, 3 stars or above Guardian can be obtained from GACHA. Each player will receive one free GACHA chance in the beginning of the game, and since the pre-register event was a great successful, all players will be able to do a 10 GACHA draw after the tutorial. So the chances of starting the game with a 5 star Guardian is pretty high! [T.S.U.K.O.M.I: No need for R.I.S.E.M.A.R.A ! *V*]

The Guardians in Guardian Codex seems to resemble a lot of familiar faces from Guardian Cross, or monsters/heroes from Square Enix series.

Each Guardians come with different category, types, element attributes and abilities. Through the profile page, player can see the parameters of the Guardian. Also, player can put GEARS on the Guardian to further strengthen its parameters [T.S.U.K.O.M.I: GEARS come from Friend Point GACHA!]. Same Guardian can be fused together and transcend itself. It goes without saying that Guardian transcended multiple times will obtain significant parameter boost. The higher the rarity, the most cost a Guardian will have, this will affect how you create your team.

It appears the higher the rarity, the more skills the Guardian will have. Normally, a 4-5 stars Guardian will usually have 3-4 skills. These skills might consist of single attack, area of effect damage, healing or buffing/debuffing.

Another way to obtain a powerful Guardian is to participate in Advent Event. [T.S.U.K.O.M.I: Hang on a second, isn’t this what SEGA is doing in World Chain too!? *muted*] Winning battles will allow player to collect fragment/shard of the Guardian, and once the players collected enough fragment/shard, they can summon a particular Guardian.

To advance through the main story, player have to chat with NPC to start a quest, then use stamina point to complete the quest by fulfilling its requirement [T.S.U.K.O.M.I: Battle for loots, killing boss guardian and etc.]. There are potential side quests if you want to challenge yourself as they are usually harder than the main story quest.

Completing quests and clearing stages in dungeons will give player Status Point, after obtaining enough points, player’s rank will level up. An interesting thing about leveling up in Guardian Codex is that not only does it give you a greater stamina pool and more party cost allowance, rank up also allows player to unlock key skills, such as quicken the recovery of stamina, digging up artifacts and many game changing unique passive skills. [T.S.U.K.O.M.I: Choose carefully, as this will affects your game play rather significantly.]

Once entered the battle mode, three of player’s Guardians plus one from friend will take turn to attack enemy monsters. Each command costs a specific amount of mana, and the more powerful commands will cost a greater amount of mana to use. [T.S.U.K.O.M.I: Normal Attack do not cost mana!] Enemy comes in waves, and player will encounter boss enemy in the last wave.

The element chart allows the player to form strategy and deal increased amount of damage if used wisely.

Once the yellow gauge is filled, the Guardians are able to use their unique ultimate skill to deal insane amount of damage!

If you are looking to hunt and shoot guardian down on a safari field like Guardian Cross, you will probably be disappointed. I mean I was disappointed because I enjoyed that feature in Guardian Cross a lot. Being the successor, Guardian Codex is more of a retro-style RPG which involves taking turns and planning attack command strategically. Like I said, I am definitely impressed with the graphic in Guardian Codex, and for the story line, I didn’t have too much time to advance far in the main story. Since you can initiate auto mode during battle, and the main story stages are usually very easy to go through, it might be a good idea to start the game, auto your way through the main story, and see if anything interesting is going to happen in the future.

I will try my best to reconnect and share more information with you once signal becomes stable again. Damn, I must say I missed the shooting-guardian-thr..ough…a…sc..op…e! 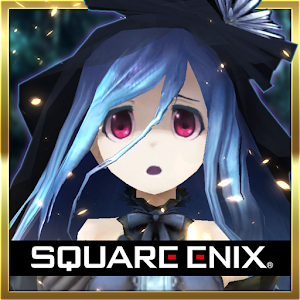