7 seconds is possibly the shortest buff duration in the game, but considering the effects, when used at the right time TGI’s passive ability can start snowballing you to victory.

When compared to many other leaders, TGI can be considered to have relatively high HP. This comes in handy for forcing your way through enemy units to break low HP towers.

TGI’s skill,  Spinning Saber, is incredible at clearing enemy troops and dealing a large amount of damage to enemy leaders in a short burst of time. High burst damage combined with decent AoE, TGI’s skill can be used both offensively and defensively.

Useful passive ability in general, but to really make use of it you have to time your kills carefully.

Eight Brother is a wonder that makes up for what TGI lacks. Swift and deadly, but severely lacks defense. Eighth Brother occasionally does the iconic Lightsaber “Throw” which deals damage to everything within the the lightsaber flight path. It is important to ensure that you always summon Eighth Brother after a unit with high HP to absorb damage. Although Eighth Brother doesn’t have game changing passives like Obi Wan’s “Enemy Convert”, his high stats and low cost allows you to constantly put pressure on a single lane, opening more opportunities for you to break towers as your opponent is preoccupied.

Stun Grenade is surprisingly versatile especially for TGI. Defensively, it allows you to pause enemy’s push. Offensively, using the Stun Grenade on enemy’s Legendary help you land a few extra hits or get in range to use Spinning Saber for an easy kill. Stormtroopers is your typical cannon fodder; low cost, relatively low damage, but good cheap help when opponent starts snowballing units. The MTV-7 Light Vehicle is a essential part of this deck because of its ability to take hits and deal significant damage to most units and towers, if needed its can also serve as a tank whilst you break towers.

When Building your deck, my personal preference is to go for units cannon fodders and tower breaking units like Rocket Stormtrooper and the AT-ST Walker. Despite the high cost, the AT-ST Walker is great a creating diversions for your troops. Devaronian Bladesmen is a beast at taking down enemy vehicles and since most players will have some sort of vehicles in their deck having the bladesmen in your deck doesn’t hurt. The Dioxis Grenade is interchangeable with the AT-ST Walker. Whilst the AT-ST Walker is good at taking down towers, the Dioxis Grenade can get you out of tricky situations where your opponent has an overwhelming wave of units. Both feasible, only a matter of preference.

Because Empire units are in general stronger than Alliance units individually, its safe to have your units push without you intervening. Instead of pushing with your units, split pushing with your units on one side and TGI and Eighth Brother on the other can put your opponent in a bind. If you start off with an AT-ST Walker, it is good to set it as far back as possible and let it slowly walk towards the opposing towers. Eventually your opponent have to deal with the AT-ST Walker which gives you an opportunity to build a wave of units to take down enemy tower on the alternate lane. If you’re up against ranged leaders, wait until you have units absorbing damage and sprint in to do some quick harassing. Sprint out when your units start to thin out, it is important to avoid death early game.

It is obvious, but its important to have good map awareness. If your AT-ST is overrun and the enemy has decided to continue their push down that lane, it’s a good idea to run back and defend whilst maintaining some sort of pressure on the other lane with Light Vehicle and Stormtrooper. If you have a Rocket Stormtrooper a useful tactic is to have it attempt to break a tower alone while you cause a diversion on the opposite lane. Since the Rocket Stormtrooper has a large attack range than towers unless your opponent summons a unit to kill it, it will happily take down towers without worries.

Although in most cases, taking down the opponent legendary is a good thing, when playing TGI leaving them low when you are defending can be beneficial since you want them to be on relatively low health when your forces are near enemy towers and going for the kill will make the most out of your 7 seconds buff. 20% movement speed and attack speed shreds through enemy towers with ease, widening your safety margin for the round.

Whenever you find yourself in a position where you have forces near a tower on both lanes, rush towards the lane with less resistance and use Spinning Saber on the tower. If the situation on the other lane allows it continue to break the tower or die trying. Since TGI has a slow movement speed killing yourself and respawning back at base could sometimes be better, but judge carefully as you can’t summon or defend during the respawn timer.

Summon Eighth Brother whenever possible (where to summon him depends on situation, forward when not under pressure, close-by if overwhelmed).

Split up units accordingly to push.

When opportunity comes take down enemy Leader and push with passive activated. 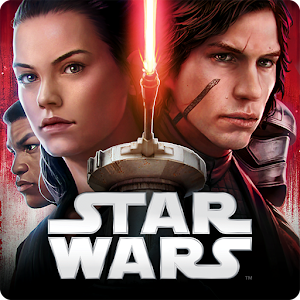