Mobile BTOOOM! spin-off, BTOOOM! ONLINE, is now available for pre-registration. The game is going to be launched within this winter.

BTOOOM! is originally a manga series illustrated by Junya Inoue and serialised in Weekly Comic Bunch. The story revolves around an unemployed man Ryota Sakamoto, who wakes up to find out he is inside the video game that he usually plays – Btooom!. The mobile adaption is developed by Japanese developer Asobimo. 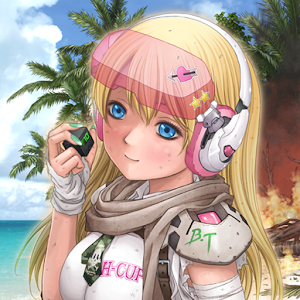