BANDAI NAMCO’s upcoming mobile spin-off of the Tales series, Tales of the Rays（テイルズ オブ ザ レイズ）, is now available for pre-registration. A preview video has also been released.

Tales of the Rays is a real-time combat RPG. It has an original story set in the world of Tir Na Nog, which prospers by acquiring a mysterious magical energy. Characters from past Tales titles as well as 3D animations will be included in this game. Other characters are designed and animated by Neon Genesis Evangelion’s animator Hidenori Matsubara（松原秀典）.

Other rewards will be revealed later. 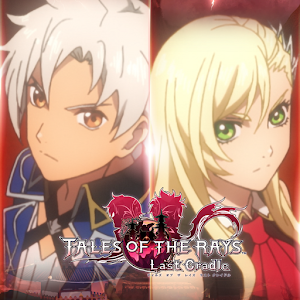