Zlongame announced that the Langrisser Mobile Japanese server is collaborating with popular anime series Gintama in a brand new collaboration quest from August 2. Another quest titled “The Three from Another World” is also planned at a later date.

In this collaboration, Gintama characters such as Sakata Gintoki, Kagura, and Shimura Shinpachi will appear as heroes. During the event period, players will be able to exchange various items, including a piece of Shimura Shinpachi’s memory, by clearing stages and collecting items for exchange.

Against their will, the members of Yorozuya Gin-chan get warped into the world of Langrisser Mobile. What they face is Edo and Gin-san’s hair root crisis!? Saving the world is important, but saving your hair is even MORE important! The slapstick drama of the sword-casting army and the three Yorozuya members is about to begin!

To commemorate the collaboration, a limited-time soldier skin with Elizabeth, a very popular character from Gintama, is available in two different versions!

You can choose one of the two skins when you log in to be sent to your gift box. The skin you do not choose can be purchased in the store.

The “Reverberations of Light” is a limited-time event in which players can earn rewards according to the amount of their total in-app purchases. The event offers a variety of rewards, such as limited icon frames, Holy Demon tickets, magic stones, SSR Accessory Sets, and more. 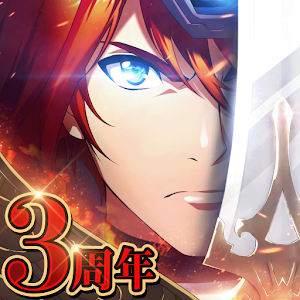