The official Twitter of Show By Rock!! Fes A Live has rather abruptly announced that the game is shutting down on November 30, 12:00 [JST].

Launching back in March 2020, the game will have been running for 2 years and 8 months. While the game’s servers will be shutting down, the developers have assured fans that an offline version of the game is being worked on, and will launch before the game’s shut down in November.

Taking from the seminal Sanrio series of the same name, the rhythm game successor of the franchise has inspired four separate anime adaptations, with a manga serialization still running from 2020 to this day.

The game has suspended the sale of its premium currency, Melodisians as of yesterday September 29, with any paid, unused Melodisians being refunded to players when the service ends The official website’s own announcements also made it clear to any players that should they want a refund for their own currencies, they should not uninstall the game, or install the game on a new device until they can announce more information about their refund process. Be sure to keep in touch with their official channels for more info on this!

So where should I get my SB69 content on my phone now? Rejoice! For the developers have also announced that a separate offline version of the game is under development and that this iteration will be out before the game servers go down in November. More information on this is planned to be announced on their social channels as well as the news page within the game.

Simultaneously with their news of ending services, came the announcement of a new gacha banner that will go on until November along with a final song that has been added to the game.

Starting September 29, 2022, All SRs and SSRs, including Fes-Limited and Limited Collection, will be available in a new gacha banner. The probability of getting an SSR is quadrupled here!

A completely new song for the in-game band “DOKONJOFINGER” has been added to the song list! Apropos to the game ending soon, there will be no requirements to play the song.

▍Let’s Have Fun Until the End Campaign

Starting yesterday, the game has subsequently begun a campaign to commemorate the ending of its services. This event includes a 1000 Melodisian login bonus every day with a special message from each character from the game to accompany players to their goodbyes.  Drop rates for items upon clearing a song have also been increased by 10x for the duration as well.

A fan favorite comes back for the last time as well! “Daily Challenge♪ Intro-Rock Guess SHOW!!” is a special quiz-style game mode where players will have to listen to the intro of in-game songs and guess the name. Answer the questions correctly in Normal difficulty to gain up to 50 melodisians. The Challenge Mode in which the game will ask exactly 69 songs in a row will also return.

“SHOW BY ROCK!!” is Sanrio’s first-ever franchise project. It was first adapted into a rhythm game in 2013 for iOS and 2014 for Android. “SHOW BY ROCK!! Fes A Live” is a remake of the original game. Added from its predecessor were the additions of swipeable notes and the switch of screen dimension changing the layout to a more traditional looking 5-note layout. Switching up the pace were the additions of dark monsters that would show up in the middle of tunes, causing a boss battle encounter where players must survive a harder difficult version of the song of choice.

SHOW BY ROCK!! Fes A Live has an overall rating of 4.6 on the QooApp Game Store, with 1188 ratings by the community. 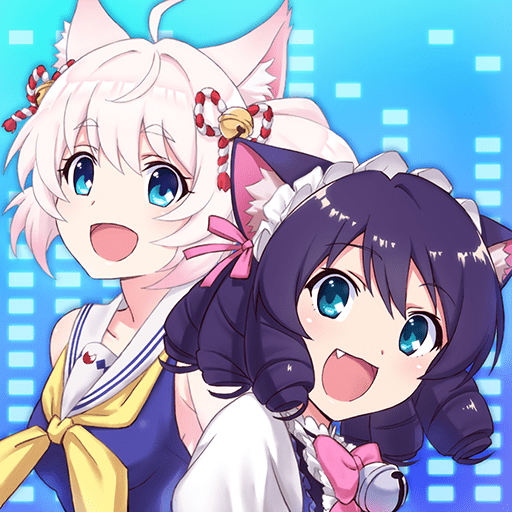