Middle-earth: Shadow of War has just been released, before we take a look at the new game, here’s an overview of the mobile version of Shadow of War released!

Shadow of War’s mobile game features characters from the Middle-earth games as well as from the Lord of The Rings trilogy. The core of the game is a simple collectible RPG where players have a certain degree of control over individual character movements and skills. Tying into the series iconic nemesis system, players will also be able to brand or eliminate orcs on the last stage of each quest (around 4 stages per quest).

before fighting your nemesis (stages 1-3), there is a chance that players will be ambushed, these can drastically change the strengths/weakness of the nemesis depending on your team composition. #NothingWillBeForgotten (?)

After branding your nemesis, you can play an evil tyrant and make them fight to the death. Obviously, the loser dies, and the winner earns glory which is needed to increase the orc’s ★.

Graphically, the game isn’t the most detailed mobile game available, on certain screens, the game has overly simple models. Fortunately, during stages, the game does capture parts of the rich atmosphere of Tolkien’s fabled novels.

As a short-term distraction, the mobile Shadow of War game is something worth trying, but nothing more than that, and here’s why. The game’s system is extremely materialistic. The game only has a handful of characters, and honestly getting them all isn’t a challenge, but upgrading your characters is a long-winded journey of collecting shards and Shadow of War for mobile may have one of the worst shards systems in modern mobile games.

To start things off, character shards for certain characters can be obtained fairly easily, but each ★ can only be obtained after five upgrades, so getting a character to the maximum seven ★ will be long even for common characters.

To make things worse, the game also has a VIP system which provides players with certain “quality-of-life” perks, from additional Orc Job slots to increased Multi-Raid attempts. Although in chat player’s who are VIP is shown in the global chat, almost like shaming them.

All-in-all, the game is one that requires players to invest a lot of time doing mindless tasks over and over again to make almost insignificant progress. Whether or not the rich lore and emotions of Tolkien’s work can balance things out would really depend on your love to the novels. 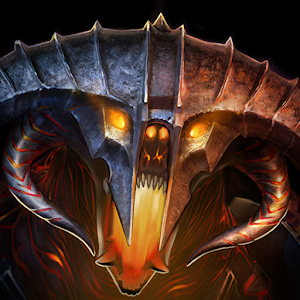