Japanese Gamer Reactions:
“So many problems… You can even duplicate gems…”
“Haven’t even started the game, but I can already smell its doom.”
“If you paid you better ask for refunds before its too late!”

Based on the popular Mnaga Time Kirara, the game features characters from the series. In terms of game play, Kirara Fantasia has a certain resemblance with FGO, however, the battle system is changed to a classic command base combat. The game isn’t anything special, but the selling point of the game isn’t in the gameplay, but with the characters. Unfortunately, the game is riddled with bugs, making it hard even for fans to carry on. 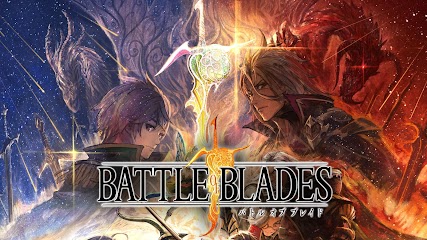 Japanese Gamer Reaction:
“Its a complete ripoff of White Cat, GG Square Enix!”
“I think its alright, they added PvP and MOBA elements.”
“Because it’s stamina based, it doesn’t require as much farming, considerably more player friendly.”

An enhanced version of White Cat Project created by Square Enix. The main difference is that BATTLE OF BLADES runs a stamina system. With a stamina based system, the game has also lowered the amount of farming required for players. The game also features a mini MOBA system, although, from time to time, you have to wonder whether or not your team mates are real players and not just AIs.

Japanese Gamer Reactions:
“Character design and the game’s atmosphere is great, gives off a mysterious feel.”
“Feels like they brought everything players liked from SEEC improved them all in one game.”
“They raised the bar again, the urge to pay has also risen.”

Another game with a great story and richly developed atmosphere. the characters designs aren’t bad, and SEEC has maintained the quality of their games. Overall, the game has and refreshing touch that tugs at player’s curiosity. SEEC fans or not, this game is surely worth a shot.

Japanese Gamer Reactions:
“The game pace is quite nice, as a light TCG the game is pretty good.”
“Although luck is required, there are some parts that require some thoughts. Turned out better than I thought.”

A simple, light TCG which incorporates a Poker element, adding a luck based system to the classic TCG combat genre. Players will be able to play a card per turn or play different combinations from pairs to royal flushes to summon powerful monsters to destroy their opponents!

Japanese Gamer Reactions:
“Multi-Functional BBA.”
“There isn’t romance in this one, I might be able to keep playing it.”

A combination of a pinball game and a idle game. like many of the Granny series games, the main selling point is the repulsive macho granny. This time granny face an alien invasion!

▍Paid Game of the Week

Summary:
Combines two physics game together, players have to build bridges and use portals to successfully get the character from one side to the other.