■ Fully-Voiced Main Story with Stunning 3D Graphics
The main story features a stunning 3D model of the characters. Players will be following the hot-blooded story of the 5 units who determined to become the top band in Tokyo. The Band Story allows players to learn more about the sharehouse life of each band.

■  Daily Quests with Adorable SD Style
Players can give instructions for each member to clear the designated tasks. You can arrange members to go various places on the map and take different actions, for example, going to school, going training or distributing pamphlets. Completing different quests can unlock the band story.

Each character has his strengths and weaknesses, and choosing a weak behavior will increase his chances to fail the task.

■ 4 Difficulty Levels & Various Playable Songs
You can choose from four difficulty levels for the song: EASY, NORMAL, HARD, and EXPERT. It is designed to be widely enjoyed by everyone from beginners to advanced rhythm gamers. 3D live performances are shown in the background. You can change the costumes and instruments of the band members.

The song list includes numbers of the franchise’s original songs, as well as the cover version of anime theme songs and Japanese pop songs.

You can also enjoy their 3D live performance without the music score.

■ Collect Beautiful Illustration at Gacha
The gacha will feature illustrated cards and some of them come with live costumes. It is also possible to perform live with the background of the card illustration.

The game celebrates its pre-registration reaching 400,000 and all players can obtain 10 times gacha and a special instrument for Ren Nanahoshi. 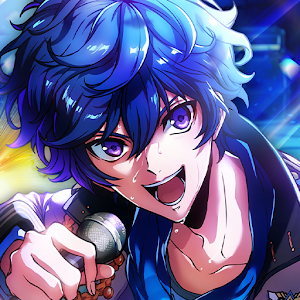