If you are a fan of Japanese mystery novels, there is no way that you won’t get addicted to Sumzap’s latest casual game “London Labyrinth”/ “Rondon Meikyutan” (ロンドン迷宮譚).

The story is set in 19th century London. You will play as the main character Takuma, who has to solve various cases with the assistance of Sherlock Holmes and others. You can also enjoy item searching at the signature locations in London, as well as collect furniture to decorate your mansion and garden.

The protagonist Takuma Fuwa is a Japanese who came to study in London for a certain purpose, but by chance he was accused of a murder. He was lucky enough to encounter Sherlock Holmes, who offered assistance to clear his name.

As you all know, Sherlock Holmes solves the case by reasoning, but Takuma challenges the case from a different angle of clinical psychology. There are lies between the conversation with different suspects and it feels great to find the contradictory statements within.

The story also features many characters with distinctive personalities, such as Elena who takes care of Holmes and Takuma, his dog Kotetsu, sexy Isabel, and the sarcastic detective Abberline.

You can expect a voluminous story like a novel with various mystery incidents occurring around Takuma. As the game proceeds, you will approach the truth about why Takuma came to London. The loving relationship between Takuma and Elena is also a highlight!

▼ Collect the beautiful illustrations in the main story!

Clear the main quest to unlock the stories! Since the quest and story is separated, you can concentrate on the quest without reading the story. Free quests are also available after completing the main quest.

The quest requires you to find the “specified item” hidden in the picture within the time limit, just like the usual hidden object game. You can zoom in and out on the picture and move to different directions so as to find the objects more easily.

As the stage progresses, various gimmicks appear and make it harder to clear the quest. For example, the sepia picture makes it very difficult to find the objects or the words are eaten by worms. The fog and rain will also interrupt your search. There are also items with different shapes (like a round apple or rabbit-shaped apple), so you can’t have a fixed impression of an item.

One of the highlights of this game is the various character skills giving you advantages to find items. For example, Takuma gets a super convenient ability “Third Eye” that can show the vicinity of the items. Elena’s skill restores sepia to colour pictures for a certain period of time, and Abberline eliminates worm-eaten words.

Support characters will automatically appear depending on the stage gimmick, so there is no need to organize a party.

▍Collect Bookmarks and Remodel Your Mansion

By clearing the main quests, you can obtain “Bookmarks” and use it to repair the mansion of Holmes’ Villa. Short story and character costume are also unlocked when the mansion is gradually restored.

Though the mansion is decorated with fixed furniture, you can also exchange the furniture that you like by collecting their “pieces” in the free/main quests. There are various styles and designs that stimulate your collector’s soul. You can unify it in a series, or you can make your own combinations.

You can also get the memory required to level up your character skills in free quests. If the main story is too difficult to proceed, you may want to take a break while making furniture and doing free quests to strengthen your skills.

As a casual game, there are many contents that you can enjoy. You won’t be competing with anyone, so you can take your time to follow the mystery in the main quest and story, or make a beautiful garden as you wish. The design is cute, but the stories and incidents are bold enough to satisfy the mystery fans.

The main story is fully Japanese with no voice, so it may be a challenge for English players. But if you know a little Japanese,  it is not difficult to clear the stages. I’m still solving the Jack the Ripper case, so let’s race who can find out the truth first! 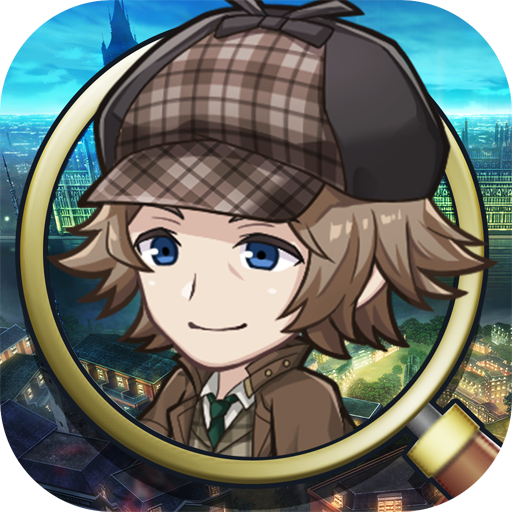