Korea’s premier game show, the 2021 PlayX4 B2B, will get underway online from May 10 to 14. PlayX4 B2B is a major global game show hosted by the Gyeonggi-do Government and supervised by the Gyeonggi Content Agency during the first half of every year. It attracts a large number of companies in and around the gaming industry, including domestic and foreign game developers, publishers, distributors, and other service vendors.

This year’s event is a “touch-free” event designed to mitigate the spread of COVID-19. PlayX2 B2B secretariat is offering 24-hour biz-matching and video conferencing services to better accommodate the time difference between different continents. And with a wider variety of content compared to 2019, anticipation among participants is building in terms of what they can expect at the 2021 PlayX4 B2B.

2021 PlayX4 B2B compiled the following article to introduce gaming-related companies, including game publishers, distributors, and service vendors in Southeast Asia, to a list of exciting content produced by some outstanding developers.

“Lamiere Saga,” developed by AlmondSoft Co., Ltd., is a mobile RPG game developed in the style of a traditional MMO-RPG game. Characters with distinct personalities and traits can follow along with different stories to level up, farm items, and complete quests. Lamiere features large-scale guild battles, siege battles, and powerful raid bosses. In particular, the game is built around an AI monster ecosystem using ML techniques. Monsters hunt for prey along the food chain, and their appearance and ability to grow change depending on the target they intend to hunt. Based on what they learn while leveling up, the monsters assess the status and condition of hostiles, then call on friends to join a fight, flee, or fight to the death. Even if the user visits the same hunting ground multiple times, each monster reacts differently, adding more fun to the game. Lamiere is scheduled to launch officially in December 2021. AlmondSoft Co., Ltd. has decided to unveil Lamiere for the first time ever to overseas buyers at PlayX4.

“Minglebot, Help!” features a wide variety of rewards that can motivate children. Users can play more games by collecting energy from wind farms and passive energy games. No work gets you no play. Another notable feature of Minglebot, Help! is that it can be interfaced with Minglebot’s applied learning kit (unplugged computing program kit, 12 sets). The kit is available in Korean, Vietnamese, English, Thai, and Chinese. Minglebot, Help! is a global gamification program that can be used for in-person, untact, or homeschooling education programs.

Hero Fighters, R2ON’s first-ever mobile game launched via Google Play in March 2021, is a hyper-casual social game based on video telecommunication that utilizes in-game Web-RTC technology. It has attracted attention for its video communication function, which adds an unexpected twist to the simple Rock, Paper, Scissors game we all know and love. It is the perfect game for everyone, regardless of country, age, or gender. With additional updates, HERO FIGHTERS has added in-game elements as well as character card level-up and collection functions thanks to partnerships with famous IPs. R2ON has also added camera filters, gifting options, a chat function, and community functions to position itself as a pioneer in a whole new gaming genre of “casual social games.” If you are confident in Rock, Paper, Scissors, show everyone your skills with HERO FIGHTERS.

Luna Mobile, an online action MMORPG game developed by SoulGames Inc. has been on service since August 20, 2020, on both Android and iOS in Thailand, the Republic of Korea, Philippines.

The key points of Luna Mobile are its adorable 3d graphics with a beautiful storyline, tons of action, and various contents without restriction. The main difference Luna Mobile has from other MMOPRG games is that it is not just a regular grind-to-win MMORPG. Players can enjoy various lifestyle content such as crafting their own potions/equipment, harvesting resources, fishing, cooking, and so much more. Along with lifestyle content without restriction, players can also challenge World Bosses, which can only be cleared by teaming up with other users. Finally, players can challenge their skills in the Arena, where 2 players battle 1 vs 1, or team up as a guild and compete in the Guild War, and clear Guild Raids.

▍It’s up to your CHOICES, 30 Days!
Developer: THE BRICKS
Inquiries

30 Days, which is being developed by The Bricks, is a story-based adventure game. The protagonist serves as the secretary of the Royal Gosiwon Dormitory for 30 days to prevent the suicide of a student preparing for the national public official’s exam. The unusual theme and story of the game draw in players to unravel the full story. 30 Days has a wide variety of unpredictable endings, which based on players’ choices. 30 Days is certainly a game clients at 2021 PlayX4 B2B will be keen to check out!

If you’re a webtoon enthusiast, most likely, you would have already read the Corner Knitting Room, which makes the game much more familiar from the get-go.

Elemental Guardians is a collectible RPG mobile game, which Unito Entertainment officially launched via Google Play in May 2019. Instead of the simulated auto battles, Elemental Guardians users can control each character in real-time, and the game also features strategic battles. Various heroes and items can be built and developed with a 100% probability – a stark departure from other games. As such, users can enjoy the game stress-frees, which is a significant reason Elemental Guardians has received great reviews from game users so far. UNITO ENTERTAINMENT is looking forward to some active publishing negotiations with game publishers from Southeast Asia at this year’s PlayX4 B2B.

Eldorado, which has been available since 2016 in 150 countries through Samsung and LG Smart TVs, has been newly released as a mobile version. Eldorado is a casual defense game that features a “Scenario” mode, “PVP” mode, “National Battles” mode, character evolution/upgrade options, and much more. In Korea, it is available via the three major IPTV companies (Olleh TV, BTV, LGU+ TV) as well as some key cable TV platforms (LG Hello TV, DLive, Hyundai HCN). Eldorado supports TV, mobile, and cross-platform web environments.

FunkyFive recently announced its decision to launch its new in-house developed mobile shooting RPG “Funky Gunner” via Google Play in five countries, including Korea. Funky Gunner is a side-scrolling shooting RPG the user directly controls and plays. The key feature of Funky Gunner is the fact that users can arm themselves with various guns, bulletproof bags, and helmets, then enjoy shooting PvP with users from all over the world. During a game, players can see the distinctive design and unique capabilities of each equipment brand (total ten brands). Users can also compete with a mini-game ranking battle, a 2~3 player co-op battle to attack giant monsters with friends, or play four types of PvP games – 1-on-1 individual battle, and 2-on-2 team battle, 6-person battle royal, and an 8-person survival match.

Graction, a company specializing in VR content, turned the popular Naver webtoon “Moonyou” into a VR game and launched an offline Vibe-based service. Moonyou is an adventure game based on the world view of its namesake webtoon, and features characteristics of a combination genre game that allows users to play the game from the perspective of different genres. Unlike regular webtoon produced for passive consumption, the game Moonyou is an interactive VR-based game where the next story takes place only when the user acts and solves a mission. Moonyou is recommended to users looking for a VR game that delivers the joy of discovering unknown creatures while watching Earth falling into a crisis from the protagonist’s (Moonyou’s) point of view. Users can also explore the lunar base with Moonyou.

“I am Zombie”, currently available for Android, is a roguelike action game that features an unusual and zombie-centric story in a post-apocalyptic world filled with zombies. Users can become cute zombies and fight the evil conglomerate Triple-X. I am Zombie will be released soon on the Apple App Store and Nintendo e-Shop.

Dice Saber, developed by N2NZ, is scheduled to launch globally via Google Play in May 2021. It is a turn-based RPG that is part board game and part RPG. It offers an exciting experience with users able to throw their dice across the entire screen. Users can combine customized skills based on the strategic role of the combined skills, enjoy the unpredictability only a dice combo battle can create. 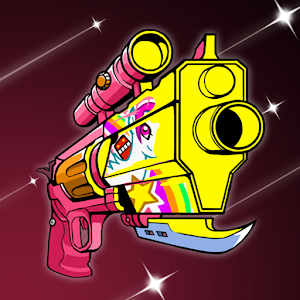 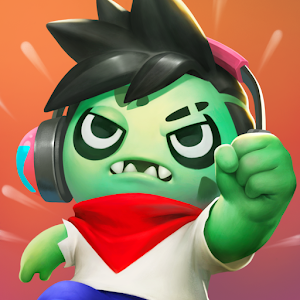 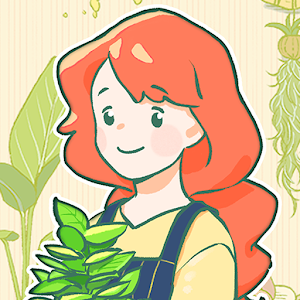 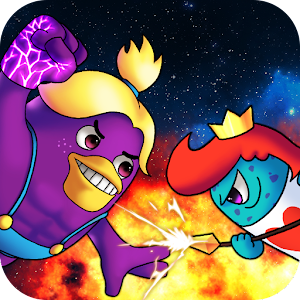 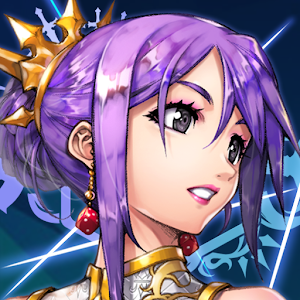 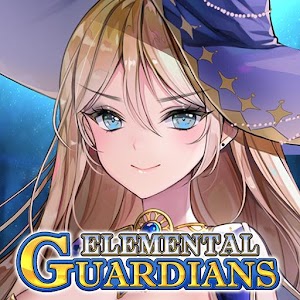