Square Enix’s upcoming “Final Fantasy VII The First Soldier” mobile game is probably one of the most anticipated titles this year. Follow QooApp to have a first-hand look at this brand-new battle royale game, which entered the closed beta test on June 1.*Updated gameplay video on June 10

Cp-developed by Square Enix and Ateam, “Final Fantasy VII The First Soldier” is a battle royale action game set in Midgar and tells the events before “Final Fantasy VII”. As a candidate of the Soldier of Shinra, the player will use both magic and guns to challenge in the battle for survival.

For the closed beta, “Final Fantasy VII The First Soldier” gives you access to what the game has to offer when it officially launches this year. Though it appears that not everything is available at the moment.

As a battle royale shooter, “Final Fantasy VII The First Soldier” finds great similarity with other major titles in its genre such as “Knives Out” and “PUBG Mobile”, including its UI and game system. But since it is set in the universe of FFVII, it has introduced several new elements, such as swords (melee attacks), magic, and fighting monsters. You will easily immerse into its world with the familiar map and signature locations of FFVII.

In “Final Fantasy VII The First Soldier”, up to 75 people battle against each other aiming for the last one or the last team standing on the ground. The safety zone narrows over time, which increases the chances of meeting other players. Players are able to run, jump and crouch and can also climb up some of the game’s structures and buildings thanks to a basic parkour-style system.

▼ You can control the helicopter and decide the location for landing

In the CBT, there was a solo mode and a team mode for players to form a three-man squad. It also has a mode called “Chokobo Farm”, which is sadly unavailable in the CBT.

▍Select Among 4 Styles for Different Skills

Players are able to select among 4 Styles (Jobs in FF style) before the battle starts. There were four styles in the CBT, including Warrior who is good at close combat; Sorcerer who is good at magic; Monks who can create defense barriers; and Rangers who can scan areas & mark nearby enemies. Each style has its unique ability and skills.

You can choose your favorite styles as you like in solo mode. But in team mode, you can’t wear the same styles as your allies, so you are advised to understand the characteristics of each of the styles in order to plot strategies for your team.

I personally prefer to use Warrior and Monks. Warrior has the ability “Rush” that allows you to quickly dash a certain distance to avoid attack and the skill “Siphon Slash” can recover HP by melee attack, and it is possible to perform melee attack using a sword. The melee attack is easy to handle and is also practical when you don’t want to sound your enemies with gunshot or you want to preserve ammunition.

Monk is a style that is not only tough in battles but helps recover HP. The “Manawall” ability forms a defense barrier, and the skill “Revitalize” can increase the HP recovery when you use recovery items. It can also recover a fixed amount of damage when at 20% HP or less, making it difficult to defeat. The reach of its melee attack was short, but the movement was fast.

If you prefer to use magic, Sorcerer is the perfect style that increases MP by 1 and can create a field to increase MP recovery speed. But the fact is that it is very hard to aim magic for other candidates when most of them move extremely fast on the field. Ranger is a style that excels in searching for enemies. You can use it to smoothly kill enemies who escape and hide or expose ambushed enemies to avoid danger. It is particularly useful in team play as it can scan the whole area for teammates to make sudden kills.

Like the original game of FFVII, players can pick up to 3 Materia on the map, which allows you to unleash magic like Fire, Blizzard, Wind, Cure, Poison, and more. You will have to search the area for the magic you desire and level it up. This retains the RPG elements of the FF series, but the basis of this work is still a PUBG-like shooter where you pick up firearms such as assault rifles and submachine guns.

Swords and magic can assist your battles and verify your strategy, which means that the battle results are not always determined by what firearms you have and how precise your shooting is. Different Materia can assist your battles in different ways. For example, the Wind Materia can lift you up to avoid attacks, while Blizzard Materia automatically attacks enemies in close range.

The tutorial also confirms a Summon Materia to summon Ifrit to attack your enemy with strong firepower, but rarely can it be found on the battlefield.

▍Signature FFVII Elements Are Still There

You can also find an RPG-like level-up system in “Final Fantasy VII The First Soldier” by defeating the monsters. The biggest merit of leveling up is to increase your maximum HP and skill level.

Also, some of the monsters (boss) are quite strong in solo play, and it’s unclear if there is a reasonable reward. In team mode, you can join teammates to attack the monsters and defeat them quickly. But if you are alone, I don’t see any reason why you have to face off such a powerful enemy.  This is definitely something that the developer should work on and it is hoped that hunting monsters will become more important in the future.

Vehicles and motorcycles are available on the field, providing faster means to travel around the map. One of the surprises is that you can call Chocobo from the Station and you can actually control where the Chocobo goes.

No FFVII fans will forget the vending machine and bench system and they are still available in The First Soldier. At vending machines, you can spend Gil to purchase weapons, bullets, and items. Gil can be picked up here and there, and can also be collected by defeating monsters. Sitting on the bench can quickly recover HP and MP. So if you find one, you better remember its location.

If you are a fan of “Final Fantasy VII” like me, you will be thrilled to walk around the open-world map of Midgar. You can even go from the Sector 7 slums to the church where you met Aerit. Details like flowers blooming on the floor and jukebox certainly evoke a nostalgic feeling. Other familiar places include the 7th Heaven and Don Corneo’s Mansion, in which you can discover and search inside.

The Speciality Shop provides character and weapon skins for customization. Most of them can be purchased using Gil obtained during matches or by completing the game’s daily and weekly challenges. Rarer items like Cloud’s Buster Sword need to be exchanged with puzzle pieces, which you can obtain during matches if you open a secret box.

“Final Fantasy VII The First Soldier” may be a standard battle royale game but I do feel that it has more yet to offer. The Materia system and PvE elements really do help to set it apart from other battle royale titles. Guns are, of course, powerful weapons, but Soldier candidates are also good at handling melee weapons and Materia (magic), either of them is strong enough to diversify your battle style. As a fan, I feel reluctant to use guns in battles when magic is much more powerful in the world of FFVII. But it takes time to master magic as you wish.

And of course, the game does have its fair share of problems, such as the lack of significance in boss battles and minor control discrepancy. Also, when most of the FF fans are accustomed to the traditional JRPG mechanics, I  wonder how they will respond to this game with a completely different genre. 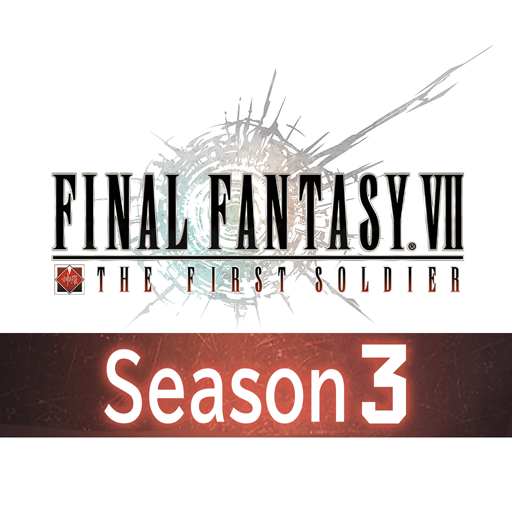