Epic Seven has recently celebrated its 3rd anniversary and, as we enter into the Eastern-inspired land of swordsmen for episode four, you may reconsider reinstalling the game for the long road ahead!

Epic Seven’s main draw is its glorious visuals which are second to none when it comes to gacha gaming. Unfortunately, the game is very reliant on RNG to gate progress and this is what made many people drop the title in the first place. So, if you are on the fence about whether to return, here is a quick-start guide to help you get started!

■ What Should Be Your Top Priority?

■ How to Spend Your Currency Wisely?

Depending on the progress of your account, it may be optimal to reroll. The procedure for rerolling has been optimized significantly over the years and now will guarantee a five-star in each of your selective summons!

So, which character you should aim for? Well, the days of rerolling for Sez and Destina are long gone. The game has evolved a lot since its initial release and,  a new breed of meta heroes have been born.

Sigret is most people’s pick if you receive the opportunity to select a five-star unit. Though Sigret has very little use in PVP and can’t really do much in most PVE, she does shine in Wyvern Hunt!

Hunts are your main method of gear acquisition and, due to its random nature of both gear drops and upgrades, farming is practically your every day practice in Epic Seven. Different characters have different gear preferences such as Counter, Armor Penetration, or Lifesteal. These gear sets are favoured for their free-to-play nature and they don’t rely on max speed rolls to be competitive.

As you need to farm Wyvern to get the gear needed to farm the additional hunts and this all starts with Sigret! As you progress through Wyvern 1-13,  you will need a character not only deal heavy DPS to the boss but also apply debuffs (otherwise, it will start attacking your squishy units). Sigret fills both these niches having massive attack damage as well as the ability to inflict multiple unhealable bleeds.

Vildred is your go-to farmer designed to help you breeze through the early game without issue. With an AOE attack on his third skill and a passive that deals additional AOE damage whenever a unit is killed, Vildred makes levelling six-star fodder a breeze!

Vildred has also seen varying levels of success in PVP. He is a great cleaver but requires a dedicated team of supports to help get the job done.

However, you may wish to reconsider investing in Vildred after we discuss another favorable unit later on.

Ravi was an initial reroll candidate alongside Sez and Destina way back in the day but is the only one that is still meta when it comes to RTA Arena.

Ravi can act as both a tank in PVE and also farm using her AOE third skill, although this takes significantly longer to power up, unlike Vildred. Ravi’s third skill is used by spending “fighting spirit” which is gained whenever Ravi is attacked. While her third skill is powerful enough to wipe out a wave of enemies, it will take 80 fighting spirit in order for her to do so.

Ravi, however, shines in PVP where she is both an unkillable behemoth and a stunning, damage-dealing powerhouse!

Tamarinne needs to be mentioned despite not being available in this tutorial summon. However, should E7 ever offer a free selector or, if you want to try your luck at the Covenant Summon, Tamarinne is the undisputed god of PVE.

Tamarinne will make your life so much easy when it comes to all facets of PVE due to her great healing, attack buffs, and CR push. Definitely pick her up if you ever have the chance!

Returning players may be surprised to find that you can now summon a free moonlight five-star from the original roster of Arbiter Vildred, Judge Kise, Specter Tenebria, Ruele of Light, Dark Corvus, and Martial Artist Ken. And you are highly recommended to get the following;

Arbiter Vildred is the go-to choice for anyone who does not own his other version. Despite being nerfed and countless counters released trying to combat him, Arby still remains the best overall unit in the entire game.

Arby can do it all! He can be a very efficient farmer (even more so than Green Vildred), while also dominating PVP with both his full damage or Counter build. Arby is an easy choice and you should definitely grab him if you can!

Tenebria is another great unit but one with less versatility than Arby. She is dominant in the PVP meta and can shine on both a full damage or Lifesteal build.

Specter Tenebria is also almost necessary for certain late-game Abyss stages due to her poison stacking capabilities so investing in her now will save you trouble later down the road.

Ruele is one of the best healers in the game and a sticky nuisance in PVP. She is incredibly tanky and, with the right Artifact, can push herself forward whenever she is attacked.

This coupled with a relatively low cooldown revive on her skill three, make her a real threat when it comes to World Arena.

Martial Artist Ken – A lot of units now have “cannot be countered” included in their kits completely shutting down ML Ken’s entire playstyle. He can be strong but is easily worked around. He is far from considered the best in the game like he was during E7’s debut.

Judge Kise – Strong cleave but requires souls and hitting two moves (meaning she can be countered). However, having recently received a World Arena skin, buffs may be imminent!

Dark Corvus – No. Joking aside, Dark Corvus just has very little use outside of Guild War offence and is easily countered in most other game modes.

▍What Should Be Your Top Priority?

For returning players, you are not recommended to spend too much time on PVP. It may be tempting to climb to Master for that limited skin but, should you fail to make the deadline, you will be more behind than ever.

First and foremost, build a strong, reliable, and auto farm teams should be your main priority. Play through the story while progressively farm in Wyvern stages. After being able to auto Wyvern 13, you can farm gear for your other units and progress to other Hunts.

From here, you can try out the rest of Epic Seven’s PVE such as Automaton Tower for various rewards, Expedition for reforging materials and other goodies, and Labyrinth for…Regardless, Hunts are where you will be spending most of your time!

▍How to Spend Your Currency Wisely?

Skystones should be used for purchasing bookmarks. There was an argument to make for refreshing stamina with skystone but, recently, E7 has gotten a lot better at providing energy and Liefs to players.

You can either purchase bookmarks directly using skystone or you can refresh the Secret Shop (you will need 605 bookmarks to pity a unit or 12K skystone approximately). It has been calculated that, on average, the Secret Shop has a better rate for obtaining bookmarks and can also give you Mystic Medals as well (10,000 of which you’ll need to pity an ML5). However, the caveat is that this method will cost a lot of gold.

When it comes to bookmarks, you should be saving these for Limited Banners. Several characters have been released recently that are very meta in RTA (Politis, Ran, etc). However, for free-to-plays, these units could come with any daily summon. E7 recently dropped the Reincarnated as a Slime collab on us with relatively no warning so it’s always best to be prepared to pity one or two units.

Another item you should be spending resources to obtain is Molagora. These are required to level up skills and are fairly rare to obtain. You can purchase two Molagora a week using Silver Transmit Stones (obtained from dismissing three-star and above units), one Molagora Seed from the Arena Shop, and an additional seed from the Guild Shop.

Also, you are also recommended to buy Galaxy Bookmarks with Gold Transmit Stones. They have a low drop rate for high priority units but it is always better to purchase these instead of 4-5 Star Summon Tickets.

All in all, E7 has really streamlined the new player experience. By making healers like Angelica and Montmorency free to obtain, as well as including the Adventure’s Path, E7 really holds your hand until the later portions of the game.

Our advice is to follow the Adventure’s Path until the final mission and then, hopefully by that time, you will have settled into the game long enough to start making your own decisions! Good Luck! 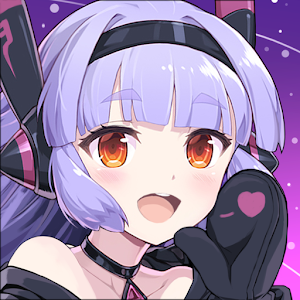