During yesterday’s live stream at Granblue Fantasy Fes 2021, Cygames revealed a new teaser trailer for its upcoming Granblue Fantasy: Relink action RPG, showcasing its playable characters and in-game footage. The game is set to release worldwide in 2022 on PS4, PS5 and newly announced PC via Steam.

Tetsuya Fukuhara, director of Granblue Fantasy and also the console game explained that the development progress of Granblue Fantasy: Relink has been delayed as the team strives to adjust its art style as distinctive as the original Granblue Fantasy game. “Transferring the beautiful 2D graphics of Granblue Fantasy to full 3D is not an easy task, especially the characters’ facial expression, but we finally made a design that every one of us could accept,” Fukuhara said during the live stream.

He also added that a new character, Rolan (CV: Hiroshi Kamiya) has been added in the new video game. Rolan is the vicar of a local church and serves as the key person in the brand-new story of Granblue Fantasy: Relink.

Granblue Fantasy: Relink will have two game modes, Main Story and Quests. The main story is a single-player mode, where players follow Gran to start a new chapter in the skies of Zegagrande together with the features of customization, nurturing characters and collecting treasures. The main story will have three difficulties; Easy, Normal and Hard for players to choose from.

The Quests is a single/ multiplayer mode where you tackle different challenges to obtain different treasures. There’ll be an online lobby for you to interact with other players. But if you want to play solo, you can do it with the aid of CPU-controlled allies. 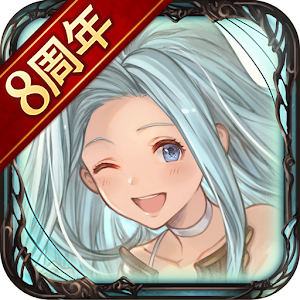