C-bet Inc. announced a collaboration event between its Poker Chase online poker game and the popular V-tuber group Nijisanji from January 13 to 31, 2022. Kanae, Kuzuha and Ex Albio will be appearing as collaboration characters, which players can pull in the limited-time gacha.

■ Kuzuha
DoB: Nov. 10 / Age: Unknown / Height: 178cm
A NEET gamer vampire who joined the game solely for the monetary reward. He is quite skillful, but actually quite shy in real human interaction.

■ Ex Albio
DoB: August 1st / Age: 20 / Height: 180cm
A hero from another world who came into Poker Chase. In order to find a way to return to his former world, he has taken the mantle of a poker player. Although he gets so engrossed in it, that he sometimes forgets that’s his objective.

■ Kanae
DoB: July 7th / Age: Unknown / Height: 175cm
An angel that has descended into the world of Poker Chase. Can play poker for extended periods of time, despite his elementary school-like appearance. His objectives in playing poker are unknown. 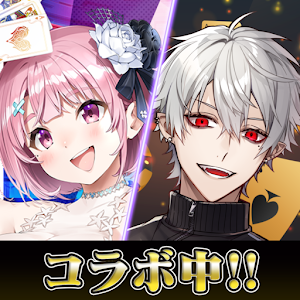