Our Heaven Burns Red Tier List ranks the best characters featured in Heaven Burns Red, which has recently been released in Japan. The turn-based RPG is already making a name in Japan with its stunning visual beautifully written stories by the famed visual novel writer, Jun Maeda.

Though a global release of Heaven Burns Red still remains unknown, for those who can’t wait and want to get started in the game immediately, here is a list of units to look out for when starting up the game for the first time.

As always, take these recommendations with a grain of salt. Heaven Burns Red has been out for a little over a week at this point and the meta will definitely shift as the game progresses.

Still, these are the units the thriving community has deemed worthy of rerolling your account for! At launch, there are only a few SS units to choose from, and, depending on your luck, it may be optimal to grab one or two lower-tier units than one top-tier.

While other units on this list will perhaps outlive Tama in terms of relevancy (especially as new units are added into the game), at launch, Tama is proved to be a vital addition to your team.

Healers are almost mandatory at the start of any gacha game due to the lack of any significant skills or damage your low-level units will have. At launch, there are only two SS Healers in the game and Tama’s useful DP revival skill makes her a good supporter in the game.

Her attack skill “Fighting Spirit” not only inflicts great damage to all enemies, but also revive the SP of allies in certain probability.

Yuki is a Breaker that can deal massive damage with the caveat that, after using her third and most powerful skill, she cannot act for three turns afterward.

However, this does not matter as much when her damage is so incredibly strong. She has an AOE DP shred and a DEF down meaning not much will be left standing after Yuki is through with them!

Chie is a super strong Defender unit that can both deal damage and tank effectively. Her skills can debuff opponents with ATK down while also taunting others to target her.

As the attacker unit, Ruka Kayamori, is given to all players for free, it is better to aim for a Defender or Healer unit in gacha. Chie being a hybrid damage-dealing tank frees up even more space in your party for additional types of characters!

Mari can deal consecutive damage while also recovering SP by a set amount. She can also attack all enemies using a powerful ice bomb.

Her 2nd skill strengthens her and her allies’ ice attack, so giving her advantage to generate considerable firepower if it is double-buffed in combination with enhancement. However, as there are currently only two ice units (Mari and Yayoi) in Heaven Burns Red, only a few units can benefits from this skill.

Not to be confused with the free Ruka given to all players at the start of the game, this incarnation is a gacha exclusive character. Using all her power, Ruka slashes a single enemy with high firepower, making her a great single-target damage-dealer.

Considering that there is a free Ruka and you can’t build the team with the same characters, the Dawn Ruka has remains A-tier in this Heaven Burns Red tier list.

Megumi is a debuffer who can utilize stuns to obstruct the enemy’s actions. Her stun can also deal decent damage making her more than a one-trick pony.

Her first skill, Full Swing, is a AOE attack, and since only level 18 is required for acquisition, it is possible to play an active part from the relatively early stage to the middle stage.

Similar to Chie, Seira is a hybrid healer and damage-dealer, whose attack power will increase as she levels up. Her party-wide critical hit rate buff is extremely powerful and she is currently the only character who has this skill.

As with Chie, Seira’s versatility allows you to forego additional party space usually reserved for backup damage dealers and instead fill it with Defenders or Debuffers.

Byakki can unleash a wave of incredibly powerful attacks at the expense of any kind of defense. While this makes him extremely powerful, it also makes him incredibly vulnerable. If you like a glass-cannon playstyle, Byakko is the one for you.

Miko can increase critical hit rate before dealing massive damage with a consecutive hit attack. Her skills also debuff the enemy’s defense making her a very versatile character. Her debuff skills is especially useful when you proceeding forward with much stronger and complicated enemies.

Yayoi can deal AOE damage and also decreases ice defence. She can deal big damage but will sometimes fail randomly. As her skills need luck to activate, she makes a lower tier in this Heaven Burns Red Tier List.

But if you really want to maximum her full potential, it is recommended to equip her with lucky accessories, such as lucky chains and fortune chains.

Tsukasa is a decent damage-dealer with several buffing skills but overall overshadowed by other units.

She can also make a Fire field that strengthen Fire character. But as she and Dawn Ruka are the only Fire units in the game, only a few characters can benefit from this skill.

Karen is another decent damage-dealer who excels when taking on single targets. Karen is easy to use with her AOE first skill and single-target 2nd skill. But her firepower is not high enough, so making it reluctant to bring her to strong enemies.

Seika can increase the effectiveness of her buffs at the expense of her defense. She is good for quick fights but struggles to compete with other buffers in extended battles.

Who Would You Choose in this Heaven Burns Red Tier List?

As the meta develops, we will try our best to return to this list and update it as needed. However, for now, we recommend rolling two to three of any SS unit before starting the game. Good luck! 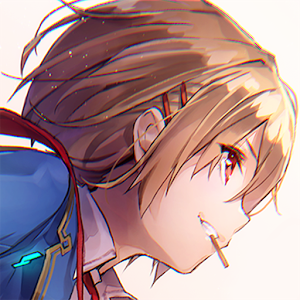