Kamigoroshi no Aria is a recently released anime-style auto-scroller that features magical girl combat as its main draw and inspiration. With an exciting story, convenient gameplay, excellent art design, and a gacha with a twist, Kamigoroshi no Aria could very well be your next main game! Let’s take a look!

▍It’s Time to Kill the Gods…

A mysterious, otherworldly space called “Shinshio Kuryoiki” has started to appear in various parts of the world. With this, a strange shape that attacks and preys on humans has been unleashed upon humanity.

These oddly shaped creatures are called “Gods” or “Shingun.” Due to their resistance to modern weapons, people have no choice but to cower in fear to their new masters. However, at this same time, a group of magical girls (known as “Diamis”) with the power to oppose the “gods” appeared.

Players will play as an engineer to this newly-established magical girls’ armed organization. Together with your trusty partner Maki, you will meet countless other magical girls, deepen ties, and battle your way to salvation.

However, there may be more going on behind the scenes than would appear…

Kamigoroshi no Aria’s story doesn’t break any boundaries when it comes to storytelling. Still, it does an adequate job of setting up a unique premise in which you have the excuse to forge a harem of magical girls!

Kamigoroshi no Aria adopts a real-time battle system where players need to give instructions to their magical girls to fight against the evil Gods.

During the battle, players can unleash the full potential of their Diamis allies by using their special skills and link skills. These skills come with dazzling visual effects that make the battles more exciting and immersive.

Kamigoroshi no Aria is most likened to an auto-scroller in which your characters will automatically progress through the level with you occasionally activating their special skills. Convenient mechanics like auto-battling and auto-repeating a particular stage also exist in the game to make it more player-friendly.

There are lots to do in the game right from the outset as, alongside the main quest, there is currently an ongoing event complete with its own side story, dungeon, and special rewards.

Additionally, after reaching certain milestones, you can unlock a PVP Arena, Raids, and other material-gathering quests designed to help you power up your girls!

▍Full Animated 3D Cutscenes Drag You Into Its Worldview

Kamigoroshi no Aria also features wonderfully animated 3D cutscenes and combat. These cutscenes show each character emoting or attacking with fluid animation that never feels too static or robotic. The portraits of each girl are illustrated in traditional anime-style 2D with great care and attention given to capturing their 3D likeness.

Kamigoroshi no Aria also has a wide array of girls for you to collect and play with. The cutscenes themselves are also fully voice-acted, immersing you even deeper into the world of Kamigorashi no Aria.

Unlike most gacha games that require the player to use their premium currency for a chance at summoning the desired unit, Kamigoroshi no Aria allows for the purchasing of any character you want for 6000 gems. Considering the game gifts you around 3500 gems at the start of the game, it won’t be too long before you can grab at least one character whose design you enjoy.

Characters are unique and varied, distinguished by the icon next to their picture. Tanks, Healers, DPS, Casters, and Supports are all present here, and it is up to you to mix and match your acquired units to build a strong team!

A nice feature of Kamigoroshi no Aria is previewing a unit before purchase, including all their skins and motions. This makes it even easier for you to decide which unit to invest your hard-earned currency into purchasing!

However, there is still a gacha system in Kamigoroshi no Aria, but this is reserved for weapons rather than characters.

You can freely switch the Special Gacha between different classes, netting you a greater chance at acquiring a weapon from a class featuring the character that you already own.

There are also tons of gorgeous skins already purchasable at launch for those who enjoy customizing their waifus. While any kind of gacha system is bound to rub the unluckiest of us the wrong way, Kamigoroshi no Aria’s approach regarding characters is a nice change of pace.

Kamigoroshi no Aria is an excellent game for those who love auto-scrollers, magical girls, or collecting waifus. Although lacking much depth, the story is entirely voice acted, making it much easier to soak up than if you had to read every line of dialogue (that is, so long as you can understand Japanese)!

The Diamis are what sell this game, and their original designs and skins are wonderfully illustrated and animated in 3D and 2D graphics, respectively. Furthermore, allowing players to purchase characters outright is very welcome. If you love collecting magical anime girls then you can’t go far wrong with Kamigoroshi no Aria! 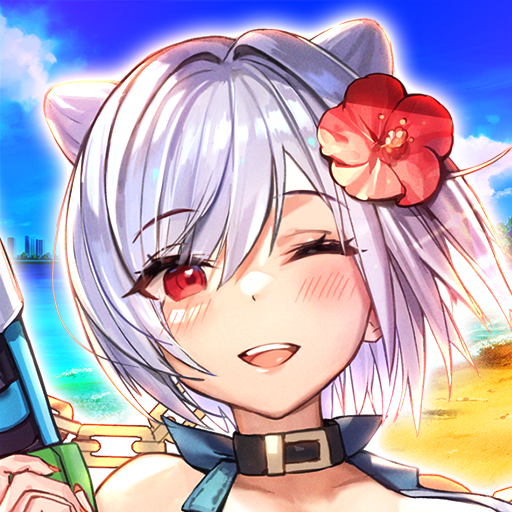