Many may know PuraOre! Pride of Orange in the TV anime series that aired in October 2021, it is actually a mixed-media project with a recently released mobile game, PuraOre! Pride of Orange: Smile Princess. The franchise follows the hot-blooded story of the high-school girls, who got intrigued in ice hockey and was motivated to play on a competitive level.. In this mobile game, players will be able to build your own ice hockey team and take them to challenge different matches!

PuraOre!’s story follows the life of high schooler, Manaka Mizusawa. Manaka is interested in joining a trial ice hockey class sponsored by the Dream Monkeys (their city’s local professional team) and convinces her sister and clubmates to go along to the demonstration.

While there, the girls practice passionately as their love and interest in the sport increases with each puck hit! Eventually, they become so motivated that they set their sights on competitive play. The girls decide to form a team and make their way to the top of the professional ice hockey scene as newcomers to the illustrious Dream Monkeys team! There is a dedicated story tab on the main menu so you know that the developers were passionate about porting over a faithful reimagining.

As mixed-media project, the girls will also put on several idol performances in additional to joining ice hockey tournament. Here, the girls will sing and dance in similar idol fashion all from the same ice hockey rink they were previously playing!

Fans of the anime will naturally love this game. However, those who have yet to experience PuraOre! can enjoy their stay as well. While the story is nothing groundbreaking, the unique premise of ice hockey is one seldom seen in sports anime. Furthermore, the idol performances are very fun to watch and are choreographed much as real idol groups would be. If you enjoy collecting ice hockey girls and watching them perform between matches, this is the game for you!

▍Manage You Team Well with Auto Gameplay at 3x Speed!

The gameplay of PuraOre! is, as you may have guessed, all about ice-hockey matches. Your team of six members will face off against the other team in auto-combat. During clashes for the puck, attempts to save a shot, or attempts to fire a shot of your own, skills can be activated manually or automatically to turn the tables of the match.

There is little in the way of strategy here regarding passing or movement (as opposed to a game like FIFA). Those looking for a more hands-on ice hockey experience shouldn’t look to PuraOre! However, those who enjoy auto-battles will be happy with the great quality of life features found here as PuraOre! comes with a much-needed 3x speed-up and auto function which is a level of speed usually locked behind a VIP system.

The game do have an element system as the girls are distinguished with the type of “Heart”. “Technique” and “Physique”. The girls are also distinguished by their role in the team. For example, Manaka is classed as “LW” or “Left-Wing”, while Kaoruko Yanagida is “GK” or “Goal Keeper”.

This makes for an interesting gameplay experience that is slightly different than a traditional elemental turn-based RPG. While units can only be placed in their designated positions, the game encourages you to collect as many girls as possible to fill out your roster in preparation for any substitutions that you may need to make mid-match. As a character’s stamina meter decreases, they will become unable to use their skills.

At this time, they must be subbed out for a benchwarmer. While this is an interesting and very realistic inclusion to the game, it also makes the summoning of new units much more of a necessity. With six members on each team that all require substitutes of similar viability, you will need to collect and raise a lot of units to compete (at least in PVP).

Units can be raised to become more powerful meaning that, even if you fail to summon stronger units, you can always power up the ones you already have! There are various training modes you can undergo in order to build up the stats of your players.

▍Gacha With a Unique Feature!

PuraOre! is a gacha game so we should take a look at the menu tab where you’ll likely be spending most of your time! The game currently has 13 UR units (the highest rarity) each of which has a 3% chance to drop from the gacha.

While this is not the highest SSR/UR drop rate we have seen in other gacha games, it is certainly nothing to scoff at and we would still consider this to be fairly generous (as far as gacha games go).

Something we’ve yet to see in a gacha game is a built-in spending limit present in PuraOre! While you can certainly input any age you want to bypass this, parents who may want to control their child’s spending habits can easily monitor how much is spent on this game.

Those under 16 have a maximum allowance of ￥5000, those aged 16-20 can spend up to ￥20,000, and those considered adults in Japanese society may whale to their heart’s content!

While you should always spend responsibly in gacha games and this limit is easily subverted, we are glad to see its inclusion at least for the sake of parents whose children may want to spend a portion of their allowance on this game.

PuraOre! Pride of Orange: Smile Princess is a very unique gacha game based on an even more unique animate series. The story is cute and light-hearted enough that anyone can enjoy it regardless of their interest in ice hockey. The mixture of sports competitions and idol performances is a crossover we didn’t know we needed until playing through PuraOre! and, while it sounds jarring on paper, we highly encourage you to give it a chance.

The game seems to encourage players to summon tons of units to build out their two teams of six units each which seems to be a little difficult to pull off for light-spenders or free-to-plays. However, the gacha system is generous enough that you should be able to pull one to two URs after a short time playing!

Ice hockey and idol singers… who knew such a combination would make for such a great cocktail! 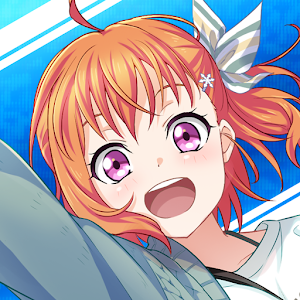