Blending traditional sidescrolling RPG action with a surprisingly layered combat system, N-INNOCENCE- is an anime-style gacha game that was recently released. The mobile is generating a lot of hype in Japan at the moment, thanks to its stunning visuals and unique gameplay mechanics. So, for those looking to try it out, this N-INNOCENCE- Tier List gets you covered! Let’s look at the top-tier units you should be rerolling for!

N-INNOCENCE- is relatively well-balanced as far as the general player base is concerned. While certain characters are considered superior to others, there are no characters that are considered worthless. With most gacha games, we recommend sticking with a character whose design or personality you like rather than enter into rerolling hell for top-tier units. However, for those looking to maximize the power of their account from the get-go, here’s what to look out for!

A Little Reminder Before You Start – VPN

Unfortunately, the biggest drawback of N-Innocence is that it is region-locked to Japan only. Therefore, if you’re interested in picking up this title before the inevitable global release, you will need a decent VPN. Additionally, the download speeds for this title leave a lot to be desired so, unless you have a relatively powerful internet connection, you will have to wait a considerable amount of time to get your hand on this title. However, for these stunning waifu and husbando, it’s most definitely worth it!

The general consensus among players at the moment is that only three characters in N-Innocence would be considered “must-roll” in this N-INNOCENCE-mTier List and Fafnir is one of them. Fafnir’s selling points are his durability and ability to recover health when attacking an enemy. Additionally, any surplus health recovered is transferred into attack power, meaning talented Fanfnir players can maximize their damage by staying at full health! His attack power is unrivaled among other characters, and he is useful in all stages of the game.

Apollo is considered to be the strongest red unit in the entire game, making him a must-pull for late-game content. Apollo is great for dealing with multiple enemies due to the wide range of his attacks. Additionally, his skill set makes it very difficult for him to be hit, meaning you can pump out consecutive strikes with ease!

Schwert Reiter is another incredibly powerful purple DPS option. Her skills have a wide array of uses but mainly revolve around her dishing out as much damage as possible. Schwert Reiter is capable of dealing 180% HP Damage and 360% BP damage to a target using her Blade of Pulse skill.

Additionally, Schwert Reiters Unique Arts, Saber of Mirage, inflicts heavy damage while also inflicting a burn on the target for six seconds. When held down, Schwert Reiter’s attacks can also trigger additional attacks increasing her damage output even more! She is considered to be the primary target for potential those performing the reset marathon, so make sure you at least pick up one copy!

Thor’s high attack power and wide range make her a great farmer. Additionally, her damage increases based on your chain count (35 or higher), meaning the more attacks you connect, the stronger she becomes!

Hermes is a highly evasive unit capable of dishing out heavy damage. While she struggles to compete with some of the other powerhouses on this list, she is considered the best green unit in the game and will come in handy further into the game you play.

Zeus is a powerful purple unit and a great alternative to those unable to roll Fafnir. Zeus boasts a powerful Unique Arts that can negate the damage of enemies by 80%. Definitely consider picking him up if you manage to roll a few other three-star characters alongside him.

The remaining characters of N-Innocence would all fall into the A-tier or below in this N-INNOCENCE- Tier List, which includes:

These characters are not bad by any means but you should prioritize rolling for at least one of the recommended SS/ S tier characters above. It is recommended to reroll for characters with high attack power, and fast arts generation. However, we still recommend picking up any characters you like the design of to maximize your enjoyment.

It looks to still be a while before N-Innocence receives a global release which will give the meta time to develop. Additionally, the game is still fresh so this N-INNOCENCE- Tier List may change in the future as the metagame develops. Make sure you give it a try now to get a headstart on the global release if it ever has one! 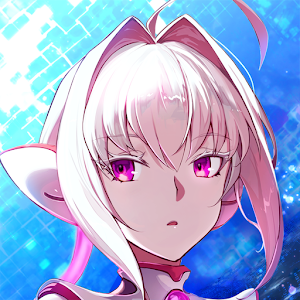