Valkyrie Connect released the details of their collaboration with Vtuber agency Hololive! The details are coming from the Japanese version of the game ahead of the global release, with the official English details coming soon.

The game has confirmed that La+ Darkness, Ninomae Ina’nis, Usada Pekora, and Takanashi Kiara will be joining the collaboration! The event begins on May 17, and as both regions are synced up, it is safe to assume the event will begin at a similar time for the global region.

■ 兎田ぺこら Usada Pekora (Hololive JP)
A lonely rabbit-eared girl who loves carrots. She loves them so much that she always brings a few anywhere she goes.

■ ラプラス・ダークネス La+ Darknesss (Hololive JP)
She was originally known for her vast power and intelligence, but most of it is now sealed away. She is vaguely aware of the debilitating nature of her shackles but does not remember when or how they got there. The crow by her side is a long-time companion.

■ 小鳥遊キアラ Takanashi Kiara (Hololive EN)
An idol whose dream is to become the owner of a fast food chain. Kiara is a phoenix, not a chicken or turkey. (Very important) She burns brightly, working herself to the bone since she’ll just be reborn from her ashes anyway.

■ 一伊那尓栖 Ninomae Ina’nis (Hololive EN)
One day, she picked up a strange book and then started to gain the power of controlling tentacles. To her, tentacles are just a part of her ordinary life; it has never been a big deal for her. However, her girly mind does want to get them dressed up and stay pretty.
After gaining power, she started hearing Ancient Whispers and Revelations. Hence, she began her VTuber activities to deliver random sanity checks on humanity, as an ordinary girl.

Valkyrie Connect has stated that the event will be a “Support” event. Players participating, and completing stages will earn support points. Support points are tallied worldwide, and the more points collected, the more rewards all players will receive! The actual rewards and further details will be announced later at a later time. 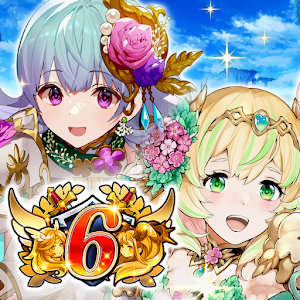