While mixing the polarize genres of action and dating sim may sound weird at first, Date A Live Spirit Pledge HD has done a marvelous job mixing the action-packed gameplay, with heartwarming and interactive storytelling, in a way that is sure to please fans.

▍A Fully Voiced Story, With You!

Date A Live Spirit Pledge HD takes you through the story of the Date A Live universe. Upon booting the game, you will notice the familiar story play out, but something’s different… This time YOU are the main character! And you bare the responsibility, and opportunity to interact, woo, and save the plethora of beautiful girls from Date A Live’s story. Putting your name on the screen makes a great way to engage players in the story as if they are living out of the anime series.

The feeling of being part of the story is even more apparent when you check out the game’s Dating feature. Players can take the girls out on completely new dates not present in the original story. Dates have multiple endings depending on the dialogue choices the player makes, and depending on how well you do, will even unlock special CGs and happy ends for you to enjoy with the girls!

It was definitely a surprise to see the game put me in the driver’s seat of the story. Although there wasn’t much I could do to drastically affect the story, it was definitely nice to be able to see the girls interact in ways I’ve never seen before, and certainly got a good laugh from some of the more ridiculous lines you can blurt out.

At the moment many dialogue options don’t change that much, but the retorts and ridiculous dialogue options make for a fun time revisiting the scenarios, just to see what they will say! With many scenes recreated in stunning live 2d, it’ll certainly bring back some fond memories, and makes for a great digest of the game’s overall story for first-timers!

Players will also have the option of customizing their favorite girls with different Astral Dresses! Dress them up for the occasion whether it’s their classic outfits, something more festive, or your favorite look! You even get to preview their dress for free, making sure you don’t regret what you’re getting!

As a side-scrolling beat-em-up, players can expect to be running across stages, dealing with various enemies with powerful and flashy attacks. Enemies take huge amounts of hit-stun, making it easy to chain together combos and maintain the flow of combat. Flashy effects, and elaborate animations, makes dealing with crowds of enemies satisfying, while still being visually clear.

New to Date A Live Spirit Pledge HD is the Element restraint system. Each character now has an element assigned to them which determines the damage type they deal. Certain elements will deal more damage to others, while others will deal less to others.

In addition, many characters have been reworked. One example is Yoshino, previously she could use her abilities without any cost, but now has to spend Frost Energy before she can use her abilities. In exchange, however, her attacks deal more damage across the board.

Players can use multiple characters to inflict maximum damage. Most of the part, they have succeeded, as even in early EXP levels, you may find it difficult to clear a stage with only one damage output. Your team composition has become increasingly essential, as well as pulling new characters to extend your strategy options and deal with different types of enemies. Players can build their teams according to different situations, for instance, bringing characters with long-lasting abilities that deal damage while they are off-screen, or building a team with fast, high knock-up skills that make chaining long combos easier!

We do feel like some of the characters should have their controls ironed out a little. Because the game wants you to swap characters out more often, it would make them easier to control if the characters finished the rest of their skill when swapping out. This would make chaining combos easier, as you may accidentally cancel the skills of the previous character without proper timing.

Thankfully however the daily stages can be completed in roughly a minute or less, making grinding for valuable items rather quick!

▍Take the Girls to Boss Fights, Online Battles, And More!

Once you feel like your team is strong enough, give the deadly Role Trials a try! These bosses against the girls of Date A Live, give you a glimpse into what it would be like to fight them in their full power! Each of these bosses has special gimmicks so carefully planned that tactics are needed to take these girls on.

You are welcome to play with friends, or join a club, to take on bosses in Online Battle! These bosses all have a special gimmick attached to them, so players will need to work together to synergize to take on these deadly foes. If you don’t have anybody to play with, the game also supports matchmaking in PvP content.

The biggest change in HD is of course the new presentation. The UI has been heavily
re-designed from the ground up, making for a simpler, yet sleeker presentation.

Smaller aspects of the UI have also been adjusted such as the gacha screen, which along with the options to skip all of the animations, now cuts to the chase and is far more readable. Speaking of the gacha, for those who are curious, the game does have a pity system for you o get your favorite girls!

There are still some things that are missing that you think would be present in a new version. There still isn’t the option to open up the character info page while selecting your members before starting a stage. While this is a fairly minor gripe, it would be nice to be able to level up your characters or change their gear without having to exit the Main Menu.

▍Is Date A Live Spirit Pledge HD Worth Your Time?

To avoid unnecessary misunderstanding, pictures are collected from the Chinese version as a reference in this review. This means that the release version may be a bit different from the pictures attached to this review.

Overall, Date A Live Spirit Pledge HD is a pretty fun beat-em-up game with fluid action that performs combos in a satisfying way. Navigating the newly designed UI was a breeze, and even though the game introduces several concepts, grasping them felt intuitive. The dating feature seems promising and we look forward to the supposed overhaul when the game finally releases. It makes for a game that is satisfyingly easy to pick up and get into.

If you have never played the original Date A Live Spirit Pledge, it’s a good time to check it out when HD drops. Fans of the old game will find plenty of quality-of-life changes, tweaks, and improvements that will lead to a fresh, yet familiar experience. 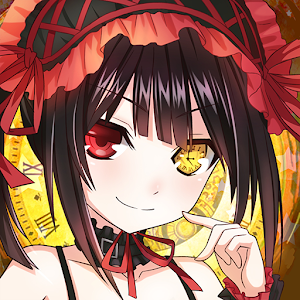