Netmarble confirmed that the global server of Ni no Kuni: Cross Worlds MMORPG will go live on May 25 for mobile devices with cross-play on PC.

The game is currently available for pre-registration on App Store and Google Play, while players will receive an Explorer Outfit as a pre-registration reward. Players who join the official Discord can also obtain the Catarumpus Hat and a Special Title, redeemable via coupon codes once the game is launched.

Ni no Kuni: Cross Worlds is an expansion of the original Ni no Kuni series, reimagining the franchise’s vivid fantasy worlds and popular character designs in an all-new story. Developed based on Level-5 and Studio Ghibli’s original fantasy RPG series, Ni no Kuni, the game was first launched in Korea and Japan in June 2021.

Marvel at the beauty and detail all around in an open world that feels like an animated film, rendered in the Unreal 4 Engine.

Mysterious creatures will join players to fight alongside them, providing special abilities to help them succeed in battle. Collect up to three Familiars at the same time and grow stronger together.

■ Create and Customize Your Own Farms

A Farm is a place for players to relax, hang out, and visit all the Familiars they’ve collected. Players can decorate Farms with various accessories suited to their own unique preferences. There are a wide variety of mounts available for players to acquire as they traverse the world. such as Giant cats, floating mechanical gliders, and grumpy birds!

Make friends by joining a Kingdom and working to rebuild the fallen Nameless Kingdom. Through cooperation, players can make their Kingdom stronger and even decorate it with their group’s unique style. 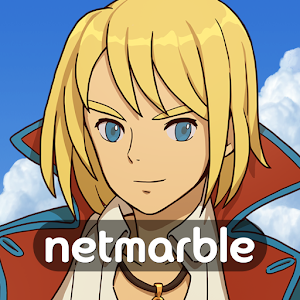