Reiji Miyajima’s manga Rent A Girlfriend/ Kanojo Okarishimasu is getting a live-action TV Drama in Japan! The series will premiere in July. The drama stars Ryūsei Ōnishi as Kazuya Kinoshita, and Hiyori Sakurada as Chizuru Mizuhara!

The series will be airing on Asahi Broadcasting Corporation’s Channel, taking up the 11:55 PM slot on Sundays. Also airing on TV Asahi, on sundays at 2:30 AM.

The actors had some comments regarding the announcement, with messages for the viewers!

■ Ryusei Onishi’s Message to viewers:
This is a very challenging role for me, and I’m going to work hard to be able to shoot it with a fresh mind! This series has many characters, I hope you’ll be able to find your favorite one! If it happens to be Kazuya, I’ll be even happier! (lol)

I hope everyone will be able to enjoy this drama so much that it’ll change your views on Rental Girlfriend, and you can let go of all your worries when you watch it at night! The whole team has worked hard to recreate the world of Rent A Girlfriend, and I hope you’ll be able to empathize with the drama in your own way. Hope you enjoy it!

■ Hiyori Sakurada ‘s Message to viewers
Although we’re still in the early stages of filming, we’re working hard with the staff and the cast to create the best drama possible. I hope you will pay attention to the dialogue between Kazuya and Chizuru, and to all the characters with strong personalities!

Rent A Girlfriend is a manga series by Reiji Miyajama. The story follows college student Kazuya Kinoshita, who after a devastating breakup with his girlfriend Mani Nanami, decided to rent a girlfriend, Chizuru Mizuhara. What began as a way to keep up appearances with his family, eventually becomes complicated as Kazuya begins to develop feelings for her, while she intends on keeping it strictly business.

The series has been running since July of 2017, with over 25 volumes, a spinoff, and an anime series! The series also has a puzzle mobile game called Rent A Girlfriend: Heroine All Stars, which was released in September 2021, and has had collaborations with multiple other series including Fairy Tail, Seven Deadly Sins, Fire Force, and more! 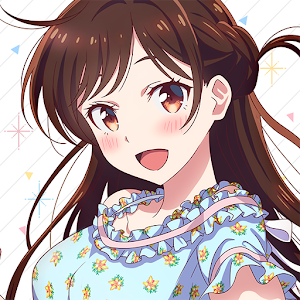