I am a programmer, Kan.Kikuchi. I started to making games 5 years ago, there are already 1 million downloads for my games(most of them are ios). I love the EDU type game with a battle system!

I made a game in class when I was a student, I found that it’s very interesting. I was using iPhone at that moment, so the games I made are iOS.

I planned to make a Rogue-like RPG, but I wish to make it simple. Therefore, it finally became an action type battle game.

The most challenge thing in this game is you can clear the each stage without taken any damage. Every enemy has their own action style, once you memorize their pattern, you can rush any stage quickly!

After the game released, many feedbacks told me that it’s really hard to level up the character. So I tried to modify the balance of the game, it’s really a nice try, I am glad that many players are satisfied.

In the mobile game platform, Indie team can develop a game just like the commercial does. As a game developer or a player, I think it’s really great!
And Nintendo announced the publication of Nindies, I am looking forward to seeing how it affecting the industry!

I am making a 1-Bit Rogue-like RPG with Skipmore (https://twitter.com/skipmore)

The game will be released soon, I wish everyone can have a try on it!
I am now working in daytime, and developing games in leisure time, I hope someday I can develop games to support my life!

I will create more games in future, I wish everyone can try my other games besides 「それでも僕らは曲がらない」. 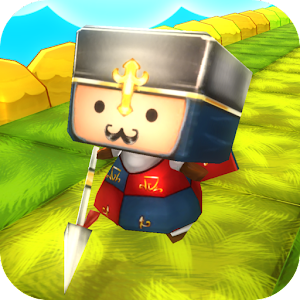