Hybe Japan announced that the new BTS mobile game BTS Island: In the Seom will launch globally on June 28. To celebrate the game arriving in just over a week, BTS released a brand new music video for their song “Yet To Come (The Most Beautiful Moment)” made with the aesthetics of the game, showing the group arriving at the island and having fun!

BTS is also holding a retweet event to celebrate the music video, and if the music video hits 30,000 retweets, all players will receive 200 gems when the game launches!

▍BTS Yet to Come MV

▍About BTS Island In The Seom

BTS Island In The Seom is a match 3 puzzle game based on the BTS IP, one of the world’s most popular music groups from South Korea. Players can enjoy a fun puzzle game with their favorite BTS members by unleashing special skills and chaining together huge combos. Players can also dress up the members of BTS and have fun with them by customizing the island with a variety of props from basketball courts, beach chairs, and more. The charisma and personality of each of the members are portrayed authentically through the characters and actions, making BTS Island In The Seom a game BTS fans should not miss out on!

Pre-registration for the game is available now on the App Store, Google Play, and Twitter! Players that pre-register for the game can receive a unique Army Bomb Stand when they log into the game! and the retweet conditions for the 3,000 Gold event have been fulfilled, so all players will also receive 3,000 gold when the game launches! 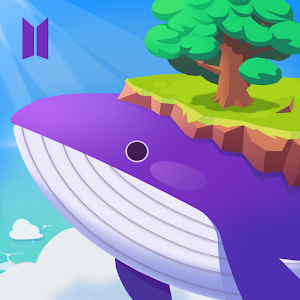