It has been 1 year since the launch of Ragnarok X: Next Generation! To celebrate the big day on June 18, the developer announced that the game will be collaborating with the world-famous series Attack on Titan, with plenty of exclusive prizes, accessories, and even an event-dedicated game mode!

The new “War of Freedom” mode will unlock once you reach Base Level 20 or higher! In this mode, two groups of players are made: One group represents the Survey Corps and the other will represent the Titans!

In the Survey Corps team, players will take control of 5 humans, while the Titan team takes control of iconic Titans such as the Colossal, Armored, and Beast Titans! The objective is to beat all of the opposition teams!

Among the rewards, players can earn costumes such as the Training Corps Uniform, the Survey Corps Uniform, and the 3D Maneuver Gear! What’s more, you can also summon the Colossal Titan as a pet to tag along with your adventurer!

The Crusader is a variant of the Swordsman Class Line, and charges into battle with powerful skills while protecting their teammates with holy magic. The Crusader can then be promoted into Paladin, and then Imperial Guard.

But, if you wish to take a more aggressive path, the Monk class is great for both melee AND ranged attacks, capable of delivering heavy blows even against the strongest of opponents. The Monk can be promoted to Champion, and then Shura. 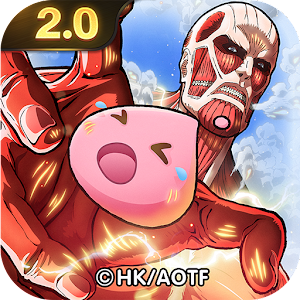