The official website for Smile of the Arsnotoria the Animation, the anime that adapts the story of Nitroplus’ smartphone role-playing game Warau Arsnotoria, started streaming a new promotional video revealing additional cast, opening, and ending theme songs. The anime series will premiere on July 6.

The opening song is “A Place Leading to the Beginning” (はじまりへと続く場所), sung by Hanauta, a unit composed of the voice actresses from the series. The ending song is a solo song by Band-Maid’s Miku Kobato, and is titled “cluppo,” as part of the singer’s solo project.

Warau Ars Notoria was launched in Japan on March 4, 2021, by Good Smile Company and Nitroplus. The mobile game is a 20th-anniversary project of visual novel video game developer Nitroplus. Otsuka Shinichiro, illustrator of “Summon Night” and “Re:Zero − Starting Life in Another World,” is in charge of the main character design.

The game’s story centers on “You,” who lost most of your memories and becomes a teacher at a secret academy where normal people can’t see. In the academy, there are girls known as “Pentagrams” who are learning how to become “proper ladies”. It seems you are living a busy life surrounded by them, but little did you know this is the prelude to battle against the “Knights”… 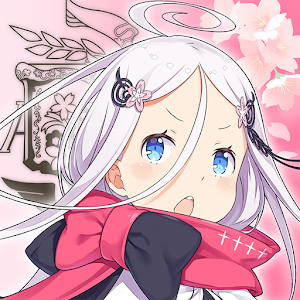