Eternal Tree is the newest addition to Bilibili’s mobile gaming portfolio, bringing together animated 2D chibi sprites and 3D animations into an in-depth battle system. Though Eternal Tree follows the traditional format of the turn-based RPG, Bilibili takes what could be a massive, dull grind and turns it into a challenging adventure; strategy plays a key role in every fight, and even the smallest of upgrades to your team feel rewarding.

The creators show efforts to craft a unique world for players to enter, combining medieval, post-modern, and futuristic themes into an intricate plot. Though the game has only been recently released in Japan, you never know when a global version will some, so this review will cover how Eternal Tree shapes up in the mobile RPG genre.

Eternal Tree introduces the player to the world of Titarella through the eyes of a rookie Seeker, who is tasked with discovering relics of the past. On an unassuming assignment, the player stumbles upon a mysterious girl named Artemesia who joins the protagonist’s company. Together, the Seeker and their enigmatic ally set out on a journey to unravel the mystery of the planet and its history.

With a unique story told in the style of visual novels, Eternal Tree treats players to an immersive worldview with a stunning soundtrack and gorgeous pictures. Each character also has its own side story, allowing players to get to know the members of the roster. Later segments of a character’s side story can be unlocked by increasing the Bond Level, rewarding Gemstones that are used to roll the gacha.

The player-selected avatar also has a prominent role in the story with its own set of sprites. Eternal Tree’s story largely remains the same regardless of the gender selected, and the player can change their character’s gender at any time.

Each tale boasts a sizable word count for each story section without feeling like filler. Eternal Tree’s art style initially came across as completely serious, but the presence of chibi sprites provided some much-needed levity in the story.

The only downside to the game’s storytelling is the lack of voice acting. Though this isn’t a major issue. But voice acting is becoming a popular trend in RPG games, It might be difficult to become immersed in the story with only dialogues and graphics.

The player is immediately thrown into the tutorial once they begin the game, teaching the basic mechanics of fights while also hinting at what’s to come in the story. Drawing heavily from traditional turn-based RPGs, turns are traded between the player’s party of five and the enemy by initiating attacks until one side is wiped out, with players being given the option to use active skills to help gain an edge in fights.

The RPG must-have element wheel mechanic can also be found in Eternal Tree, where characters of an element can deal more damage to enemies they are strong against while taking more damage from enemies of an element that is superior to theirs. You can also unleash the character’s Burst Skill by filling up a gauge to 100%; this attack is unique to each character, and may help you turn the tide of a difficult battle!

The biggest draw of Eternal Tree’s combat system is the ability to summon Imaginary Armor, gigantic mechas that can obliterate common enemies with their attack, bringing powerful buffs to the team or crippling enemies. However, these fearsome giants have a limit on how many times they can be summoned per fight, so players must think carefully about when to summon an Imaginary Armor. Players can also choose to bring in a support Imaginary Armor, which helps boast the team’s performance.

The 3D models of the Imaginary Armor and the 2D animated cutscenes of the Burst Skill for SSR characters are a joy to watch, even when grinding out materials. These animations didn’t feel intrusive to the fight itself, as they played quickly and smoothly. The combat also has a simple Auto mode feature, with the ability to adjust the conditions for each character to use their skills as well as Imaginary Armor usage. The speed at which the game loads a battle is surprisingly quick, given all the animations, voice lines, and combat nuances present in the battles.

When you are fighting a Boss, entering a Burst Mode can make your attacks hit much harder. To keep your team alive, you would need to use skills and summon the Imaginary Armors to push the boss into Agnosia Mode, which weakens enemy attacks while allowing your party to deal more damage. Veterans of Granblue Fantasy or similar games will have no trouble adjusting to the combat system of Eternal Tree, though Eternal Tree offers a simple tutorial to teach the different parts of combat for players unused to this kind of gameplay.

▍Empower Your Characters to Their Maximum Potential

There are many ways to strengthen your characters in Eternal Tree. Even though characters are split between R, SR, and SSR rarities, each character has their own role to play based on their skill sets, and the stat differences between each rarity are minimal in the early game process.

Regardless of rarity, all characters start with a base level cap of 15, with a maximum level cap of 60 once fully uncapped. The process of uncapping a character isn’t difficult but costs a lot of AP to obtain the required materials. Luckily, Eternal Tree has a mechanic where players can skip a fight they have already cleared, significantly cutting down the time needed in order to obtain materials. Raising a character to level 60 also unlocks an “Awakened” skin to celebrate the achievement!

As each character is obtainable through the game’s gacha, it is inevitable that players will pull duplicates. Eternal Tree rewards copies with shards of that character, which can be used under the Synchro mechanic to improve a character’s stats as they level up, and also improves the aura effect that each character owns. This aura can empower other characters depending on their position in the party.

A notable characteristic of this mechanic is that you aren’t pressured to pull duplicates, as there are substitutes that can be grinded through the game’s different modes and players also have the ability to farm a few character shards each day. Even with a 2.5% SSR character rate, players will not have to sacrifice their wallets in order to maximize the strength of their characters.

Once the character reaches a high enough level, they gain access to the Abilities page. This section can be used to upgrade a character’s skills, stats, and passives to make them even stronger in battle. However, the materials required for the Abilities page can only be obtained from Trial of The Remains, which can be very difficult for newbie.

▍Set Your Party Up for Victory!

In Eternal Tree, players are free to build their teams with different attributes. The player avatar’s element is decided based on the party that is being customized; each element has six slots to choose from, with up to a total of thirty-six total parties to personalize. Players should also keep in mind the order in that characters are placed in the party, as that determines where each character fights and what auras they may be affected by.

Each party can hold up to five members, though the player avatar must be present in each one. Every character has a designated role that is reflected in their skill set which cannot be changed. However, once the avatar has mastered the Seeker job, players gain access to the Job system. This system can allow players to choose a job for their avatar and fill holes in the team. The player character can initially choose to be an Attacker, Defender, Healer, or Interrupter, but higher-ranked jobs can be unlocked for use by mastering each of the four main roles.

The equipment screen plays an important role in parties, as it determines the party’s attributes. Cards called Echo Resonance have their own passive effects that strengthen the team, ranging from increasing the attack of each character or increasing the damage dealt by their skills.

Lastly, up to four Imaginary Armor can be equipped for each party, though only the leftmost Imaginary Armor will provide an effect that boosts the party’s capabilities. Each Imaginary Armor is unique in passive effect, which can provide support in each fight. Therefore, players should be sure to adjust their team accordingly to make the most use of this system!

▍Eternal Tree is a Delight for JRPG Fans!

The amount of content in Eternal Tree is staggering for an app that was released just recently, though the game does its best to get players adjusted to the game by locking content behind story progression, rather than player levels that can be easily grinded. There also exists challenging end-game content for high-end players, rewarding gacha currency, and other useful materials that cannot be easily obtainable elsewhere. These modes are quite lengthy, yet they allow players to come back after improving their teams to see how much further they can go.

Eternal Tree also gives many free SR units to new players after they complete certain chapters of the story. Many of these characters are useful, so I didn’t feel tempted to roll the gacha unless I specifically wanted the banner character.

However, one of the downsides to this game is that Echo Resonance, Imaginary Armor, and characters are pooled together in the same gacha. A player might end up seeing the rainbow glow that indicates an SSR in your pull, only to have their hopes dashed. Thankfully, players are guaranteed the featured Echo Resonance at 80 pulls, and 160 pulls will reward players with the featured character.

Despite these flaws, Eternal Tree proves to be a great game for turn-based combat enthusiasts in nowadays’ mobile market. Between beautiful live 2D art and many quality-of-life options to reduce the grind, Bilibili’s newest release is shaping up to be an excellent game to play for RPG players. 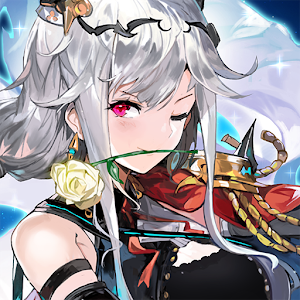