As the latest game released by Aniplex, Infinity Souls intrigued mobile gamers with strategic turn-based battles, 2D semi-chibi sprites, and gorgeous CG animations from the Seven Arcs studio. Taking place in a futuristic world where technology becomes an essential part of people’s lives, players take the role of a commander of the Communication Information Guardians (C.I.G) organization. It is up to you and your team to prevent PSYber crimes, which can grievously harm the minds of victims.

The battles in Infinity Souls are done mostly without player input, so it is important to obtain strong characters early on to make progress in the game. Our Infinity Souls Tier List and Reroll Guide will recommend the must-have 4-star characters to make early-stage battles a breeze. As this tier list is based on observations made while playing, players are welcome to select teams and characters under different conditions with their own judgment.

Whether it is to get an advantage in the early game or go for a specific character, rerolling in Infinity Souls is very easy as the game supports game data deletion. Even though you need to download the required data the first time you start the game, the reroll process can take less than 5 minutes!

However, for players going through the game for the first time, it is recommended to go through the tutorial to understand the basics of the game.

Kuhara is a bulky Vanguard that can provide plenty of buffs to the team. She can increase the party’s ATK for every turn she’s on the field, but Kuhara is unique in that she can also provide DP for all allies! Kuhara is a highly recommended target to reroll for, as she can make most content a breeze with the offensive support she can provide.

This Rearguard unit can substitute herself in the place of her allies, taking hits with her higher defensive stats. She can also buff the party’s offensive power, which makes her excellent for farming. Her skill kit makes Hanano a valuable unit for all players, as she can fill almost any role in battle.

Cheris is an amazing support character, being able to increase the party’s ATK, critical hit rate, critical hit damage, and defense with her buffs! She can also heal the party, making her useful for almost any team despite her attack being low.

Kurumi is a Vanguard that focuses on offense, possessing a powerful Burst Skill that can counter any single target attack that comes her way. However, Kurumi doesn’t provide any buffs to the party, and she is mediocre outside of her counter. She also cannot restore her HP in situations where her counter does not activate, making her A-Tier in this Infinity Souls Tier List. But if you need a powerful attacker, she would be your girl.

This Middle Guard can quickly unleash her Burst Skill in every fight she’s in, making Akira an excellent choice in taking down a single target. She possesses a passive that increases the amount of DP generated with each attack, and she can also buff her own ATK. Unfortunately, Akira will struggle in longer fights or bosses with high HP pools unless she receives significant investment.

Rika provides powerful ATK buffs to the party, making her well-suited to enemies with high defense or farming stages. Outside of those buffs, she does not provide any healing or defensive support to the team, so enemies that hit hard are difficult for Rika to fight.

The poster girl of Infinity Souls has a curious role in battle, being a physical attacker that boosts the party’s defense in battle. However, Karin would be much appreciated with a higher attack stat or ATK buffs as an offensive unit. As a result, Karin is mediocre as a jack-of-all-trades, as there are other characters that can do her job better.

Being able to restore her HP while dealing high amounts of damage makes Akiha greatly appreciate any ATK buffs that the party can give her. However, she does not provide any notable buffs to the party and will struggle against enemies that either have very high defense or deal more damage than what Akiha can recover, limiting her capacity in battle.

This particular ★4 character requires a lot of offensive buffs in order to perform as well as other characters in higher tiers, so there are better choices than her to farm materials or beat difficult bosses. She might be able to hit hard because of her ability to increase her critical hits, but Natsumi cannot do much else.

Satsuki suffers from hyper-focusing on a single niche that isn’t valuable early on. She can inflict DEF down and accuracy down, but in most cases, these debuffs are unnecessary for farming materials or enemies that can be easily defeated. She isn’t very notable otherwise, especially for the early game.

Each fight in Infinity Souls is generally hands-free even when disregarding auto mode, as players are not required to actively engage with the game during a battle in order to succeed. On the other hand, the story told by Infinity Souls is a major draw of the app and should satisfy players looking for a narrative experience. The game is simple to play, so even those who are new to the strategy genre can enjoy Infinity Souls’ story mode to the fullest with their favorite characters. Having said that, players who want engaging and strategic gameplay may not be satisfied by what Infinity Souls currently offers, though this impression may change as the game receives more updates. 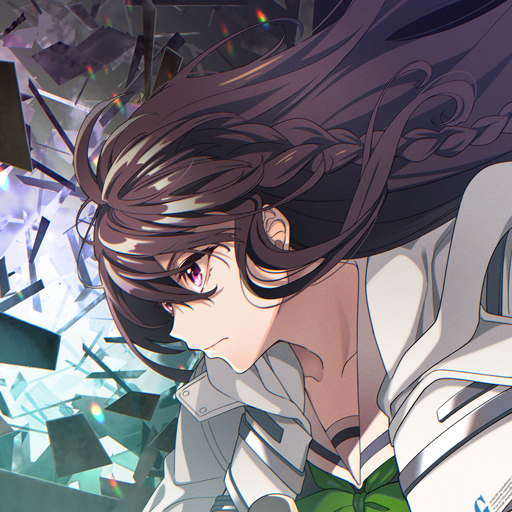