As the latest entry of the Monster Strike series, Monster Strike: Ghost Scramble has a rather unique idea to ask players to build a four-man ghost-busting team, and challenge spectral foes by using flashlights, drones, and Monster partners of your own. For those who are interested in starting your ghost-hunting journey, here is a beginner’s guide that will go through some tips to get you quickly set up. Unfortunately Monster Strike: Ghost Scramble is currently available only in Japan, so please noted that all screenshots of this guide will be in Japanese.

As a quick rundown of the game’s overall co-op system, Monster Strike: Ghost Scramble revolves around four separate players taking on different roles. Three members play the role of the ghostbusters that move around the map and actively combat the ghosts, and 1 player is delegated as a drone operator providing support from the backlines.

Monster Strike: Ghost Scramble mainly incentivizes multiplayer and features a matchmaking system to arrange teams to take on missions. This isn’t to say that solo players are left behind, as the game does allow you to employ two CPU busters and give drone control to the AI. Though they might not be able to move according to plan always, you are able to equip them with your own monster Mon-Q units!

Monster Strike: Ghost Scramble has an array of different “Mon-Q” units that are the equivalent of monster units in the original Monster Strike game, so you are recommended to roll the “Mon-Q” gacha until you’ve found a good 2-star to go with. Currently, as of its release, the game gives out a total of 21 free rolls as well as a free 2-star Pandora. Add her up with the guaranteed 2-star from your first 10 roll gacha pull, ideally speaking you’ll want to start the game off with three high-tier monsters to deck out your entire solo team.

It’s a mobile game with a gacha system, you know the drill! Here’s a step-by-step to rerolling…

The data transfer option can be found by hitting the bottom right tab and hitting the corresponding button. Save your User ID and the password on the bottom for backup purposes.

Keep in mind that the same currency is used for both the Mon-Q gacha and the cosmetic gacha. Even though fashion might give you clout, you’ll need to back it up with some firepower first! Setting up a team of Mon-Qs comes first since cosmetics don’t influence your characters’ powers in-game.

Himiko is a red Mon-Q that is characterized by her one and only skill shot, Meteor. Sporting a massive AOE range in comparison to the more commonly seen Energy Circle skills, Himiko’s Meteor allows her to strike down enemies hiding in remote, inaccessible areas of a dungeon where normal light attacks and Q-Shots would have trouble with.

Though not sporting any resistance abilities of her own, this makes Himiko an excellent choice for both hordes of enemies as well as single large bosses.

Noah is a blue balance type Mon-Q that can deal damage with both normal flick shots and Q-Shot. His Q-Shot, Blaze Lord causes trails of blue flame to ignite where he is flicked, and any enemy caught in the fire are hit for as long as they stay on it.

Being a balance type, having Noah allows your buster to do more damage on their flashlight attack in comparison to Q-Shot-centric Mon-Qs like Himiko. This is advantageous when dealing with enemies that possess barriers that give them resistance towards Q-Shots.

Lucifer is a white attribute balance type Mon-Q that shares many perks with Noah, say for the fact that her Q-Shot is different as her one is Energy Circle L which deploys a ring that deals constant damage upon striking a foe.

Though not fit to deal damage to single large enemies like boss units, her Q-Shot is best used in situations where you are surrounded.

Merlin, being a green attribute Q-shot type Mon-Q is unique in that she comes with a passive ability in the form of a curse resistance. Currently in the game, passive abilities such as these are very limited, seeing as how Merlin here is the only Mon-Q with the curse resistance passive. This ability comes in handy in the more perilous event quests on the hardest difficulty, where enemies throw around such status ailments.

Other than the fact that she sports the one and only resistance to curse, Merlin is a relatively tame Q-Shot-centric unit, equipped with Energy Circle S. Double up with the fact that Q-Shot type Mon-Qs give the Buster avatar a narrow flashlight attack range, it is advised to group up enemies if possible to deal the most damage.

Agnamut is a red flashlight attack-orientated Mon-Q. This means that any Buster taking him to a ghost hunt is given a significantly wider range on their flashlight attacks and deals a lot more damage just shining the light down on enemies. What makes Agnamut unique is in his passive as he has an innate damage multiplier against bosses and larger enemies. Pair this with how he improves your flashlight’s firepower, you get a playstyle where dodging attacks and lining up your buster for well-timed charge attacks with the flashlight becomes your bread and butter damage dealer.

This comes at a cost of course, as Agnamut’s actual Q-Shot ability is a relatively tame Energy Circle M, being a smaller and weaker version of Lucifer’s skill.

Tip 1 – Look Through the Settings

Even before going into a dungeon, go to the in-game settings via the menu tab like in tip 1. Since Monster Strike: Ghost Scramble takes on a more twin-stick-like control scheme unlike its turn-based original iteration, you may want to move the Mon-Q button’s placement on the screen for ease of control. You have free reign as long as you put that button anywhere on the bottom half of your screen, so test out where you want to fling your Mon-Qs away.

Tip 2 – Dip Your Toes in the Mechanics via Normal Quests

Before jumping into multiplayer, get a good look at the UI of Monster Strike: Ghost Scramble and make it a point to understand the two roles in the team, as well as some of the more common stage gimmicks.

Start by clearing the normal quests and you will see the different stage hazards and interactable objects inside. These can vary from simple box crates that require a good old smashing with a Mon-Q, hazardous traps that can shred Buster’s health, and swamp-like areas that only the enemies can traverse.

This tip goes hand in hand with the event quests since the same sort of obstacles will eventually show up in the more difficult event quests that net you rewards.

Though there are other ways to collect upgrade materials like login rewards and the battle pass of each season, the bulk of your level-up and ascension materials will come from the Training Quests. Also important is that there’s a once-per-day quest that will give you more loot than the normal version of the quest. So if anything it’s more important to get one run in daily so you don’t miss that opportunity for better loots.

For Ascensions which increases the amount of star of the Mon-Q and its level cap, you’ll need materials of the corresponding color for that particular Mon-Q. Make sure to check out which dungeon is open for the day, as there’s only one dungeon for each day and for one color. Leveling Mon-Qs is much more straightforward, as the material is universal here.

Currently as of writing, Monster Strike: Ghost Scramble is missing some of the other methods they intend to give you more materials like Time Attack Mode. So keeping the amount of Mon-Qs you’re leveling be kept on the lower end. Head over to the prep menu and upgrade your Mon-Q up to their first level cap, then Ascend!

Worth mentioning is that Monster Strike: Ghost Scramble has a campaign that goes on until August 15 where the free gift Mon-Q, Pandora gains more affinity points on quest clear. Though not immediately apparent, leveling her affinity up to Lv.3 will increase the number of drops gained when beating a stage. This makes Pandora a must-bring to quests for grinding out EXPs even if she’s not an immediate priority for leveling as after a few clears with her can net you extra rewards for each run!

There are a couple of different ways to perform upgrades to your Mon-Qs, and so there may be some aspects you may have missed out on. To summarize here are all the things you can strengthen:

Tip 4 – Aim for the Event Quests and Beyond!

Once you’ve hit level 40~50 on your main Mon-Q, consider taking on the event quests of Monster Strike: Ghost Scramble! These stages act as challenge boss stages that reward the victor with rare materials and more importantly, Mon-Q’s exclusive to that specific stage.

Mon-Qs such as Izanami and Zeus can be gathered here right now but are sadly time-gated. With some grinding involved, you can get dupes to increase the affinity levels of your newly acquired allies from the get-go, a rather familiar system for Monster Strike fans!

If you miss out on the opportunity, don’t worry! More events will come along later on in this month as Monster Strike: Ghost Scramble unveils more game features post-launch, such as the Time Attack. Here players will need to knock out each level as fast as possible and are rewarded according to how fast they can clear the select stages. By placing in the global ranking, you are given better rewards according to how high up you are on the list!

How Do You Feel About Monster Strike: Ghost Scramble?

Though quite a deviation from its original form, Monster Strike: Ghost Scramble offers a completely new spin on its billiards/pool-like gameplay by making it real-time, as well as giving players options to play the game as a coop multiplayer. That being said some features and quests are not currently present, and we will see content updates to Ghost Scramble in the upcoming weeks.

Hopefully these tips will get you clued up on where to start with the game. Happy ghost hunting! 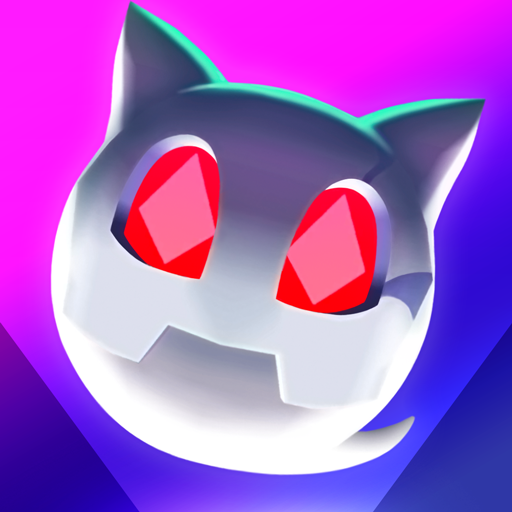