Wanting to get into MMORPGs or just to scratch an itch, Noah’s Heart may be right up your alley with just how much content it offers. Jointly developed by both Archosaur Games and Famous Heart Limited, Noah’s Heart is the developer’s second shot at the MMORPG genre, and very much share’s some aspects of its gameplay and overall flashy presentation.

Noah’s Heart’s largest appeal was marketed from the get-go, boasting an entire planet full of content to be explored upon launch with as much content to go around the globe. Upon playing the game, however, lifts up some of its more unflattering aspects that come with the game’s immensely large scope.

This will be a hands-on first impression of Noah’s Heart at the point where I have reached adventurer rank 41 with 3 chapters of the main story completed. Screenshots and footage are being captured on the PC version for the most part.

▍Create Your Avatar with A Wide Range of Options

As the tradition of most MMORPGs, players will be able to create their own avatar to embark on the adventure in Noah’s Heart. If you have played the other game titles by Archosaur Games, you will soon find that the avatar creation process is similar to Dragon Raja and the more recent release Life Makeover.

Your options in Noah’s Heart are far and wide as the choices you’re given allow for fine-tuning starting with the facial features you’d like on your avatar. Other than these, players are also given more detailed options such as their character’s make-up, hairstyle, body size as well as skin tone.

Along with deciding on how to look the part in the overworld, Noah’s Heart also gives you the choice of how you’d like to sound. After going through the character editor, you can preview some emotes as well as listen to audio samples for your avatar with the female avatar having 2 options while the male characters are given 3. Each voice line is recorded by a prominent voice actor for the Japanese voice options so be sure to check them out!

After setting up your avatar’s looks, you are given the choice of what weapon you would like to main. Unlike its contemporary, Noah’s Heart uses a distinct system in which your “class” is determined by the weapon you currently have equipped. Your options are listed out and you are also given a quick summary of what to expect out of each weapon in the form of a video preview as well as a chart specifying what they individually excel at.

Upon finalizing your character, you are immediately taken to a cutscene to start your adventure and tutorial. Here you are taken through the basics of combat and are introduced to some of the main mechanics as well as starting off the plot with the core cast of your story-wise adventure.

After being thrown out into a tutorial dungeon by a strange dimensional character Ave, you are set to follow a story quest of sorts to skim through the basic mechanics of the game as well as the context of the world around you and the people you meet. Whether it’s to carry the tutorial along quicker to make rerolling simpler or not, the story beats in the early parts of Noah’s Heart suffer from mood/tonal whiplash with your avatar zipping through situations one after the other with seemingly zero punctuation.

When the game does work, it presents a full cast of characters all with unique voice acting. With all main chapter dialogues dubbed and with all phantom units pulled from the gacha having voice acting regardless of their rarity.

The game currently features VA options for both English and Japanese, though oddly enough the English voice actor credits are missing.

▍If a Continent is not Enough, What about Exploring An Entire Planet?

As it’s biggest selling point, Noah’s Heart allows players to explore the entire globe of the planet. The planet in question, aptly called Noah, is filled to the brim with content from solving puzzle challenges and battling overworld enemies to finding treasure chests. The game offers all of these accompanied together by a wide array of biomes ranging from grassy plains, arid deserts to arctic icecaps. Whether it is for collecting materials for your guild to craft or to open up the map to see just what’s up ahead, exploration on the planet of Noah is filled to the brim with wonders just waiting to be discovered.

To accompany your exploration, you are given an array of tools to traverse the land of Noah, from a simple steed to a jetpack that allows you to soar high and a grappling hook that allows you to rappel to roofs and treetops. One of the main things you’ll be exploring in Noah’s Heart is to unlock fast travel points scattered all around, where you must tackle a platforming puzzle of sorts that often puts you to the challenge of making aerial maneuvers utilizing these gadgets.

Keeping along the theme of making a giant yet succinct overworld, the planet of Noah also utilizes public transport in the form of steam trains and ships. Dotted throughout the continents, these even go so far as to follow a timetable where they come and go through each different train stop or port, heading over to different locales. Though acting essentially as another way to fast travel between long distances, the addition of such touches to a vast open world like Noah is a welcoming piece of world-building.

Noah’s Heart also features an Auto-Pilot mode of sorts, where tapping on the quest objectives in its tab will let the game assume control of your character and take you to where ever you need to be, whether it is through treacherous terrains or beyond fast travel points! Auto-Pilot mode also exists in dungeon runs as well, with the game featuring Combat Assist Mode where your avatar will run through a dungeon and automatically fight off combatants along the way for a more hands-off experience, ideal for grinding.

The map screen and by extension the navigation system in Noah’s Heart is much more generous to completionists determined to pick up every treasure chest and puzzle on their journey. All undiscovered treasure chests and interactable objects are instantly marked on the mini-map so long as you have an actual visual of the place you’re standing in.

Combat in Noah’s Heart is much in the veins of games like Tower of Fantasy or Genshin Impact, opting for actions with a few spins on the control methods. In battle, your avatar can utilize weapon skills and the summoned Phantom skills varying your strategy in taking down foes.

Utilize your light and phantom skills along with your allies to take down the boss’ HP, then use your strong attacks to dwindle their rage meter. Even the grappling hook has its use in combat, allowing swift escapes from deadly blows as well as an instant gap closer for an opportune strike. Building a team up for specific needs becomes a necessity solely from how many different situations the game can throw at you.

Noah’s Heart as of now even comes with a more social PvP game mode as well, where players can duke it out mano-e-mano as a 1v1 in Honor Arena or have their entire team of four go heads on against another team in the Fantasy Arena game mode. Your fight to the top is rewarded every time you rank up for almost all PvP game modes and will put you up against stronger competitors with each match to keep things challenging.

▍Up Your Combat Prowess With Phantoms

Most forms of combat sequences in Noah’s Heart are done with a squad of 4 members. This team is comprised of your avatar being the permanent unit you control, accompanied together by 3 ally units referred to as Phantoms in-game. These Phantoms are the very same unit that players will be clamoring for in the gacha, as they fill out the role of an MMORPG party with how they’re differentiated by elements and classes.

Unlike your avatar, Phantoms come in 6 different elements (Fire, Thunder, Wind, Water, Light, and Dark) as well as 5 different archetypes (Tank, Ranger, Assassin, Sage, and Fighter) each giving them a particular role they can fulfill as party members. They can vary from tanks that take blows for others to assassins that excel at doing damage by inflicting unique status effects on the enemy.

Phantom’s can also be slotted into your avatar themselves via the Possession feature. By equipping a Phantom, your avatar unit effectively gains a specific set of stat boosts and passive effects, but more importantly gain two new active skills unique to each character. Though they may not show up as party members, they effectively act as a way to entirely change your avatar’s combat style doubled up with the different weapons you can equip for yourself.

Phantoms can be acquired by completing story quests and are introduced as part of the cast, but can also be pulled from the summoning gacha. Banners include a friendship gacha which uses points shared by fellow guild members/friends, a premium micro-transaction only gacha, and a normal banner gacha. Pity’s for the normal gacha banner are fairly generous, with an SSR turn out guaranteed after just 60 pulls.

Noah’s Heart seems eager to outdo its predecessors and beyond with its massive amount of content in it’s planet-scale open world, but leaves more to be desired in its current state. Just the mention of how the game pops up time-gated microtransaction deals whenever any in-game currency is used can be a significant turn-off for many players that just want to play the game without the extra monetary investment.

Exploration and its ambitiously large scope comes at a cost, as my avatar would encounter critical bugs in the form of getting stuck on platforms and falling through the terrain. In one instance, I was traveling using the aforementioned train to a mountain, subsequently letting the game transition to a loading screen. Only then did I realize that my avatar was endlessly falling through the ground, untethered. Now to counteract such an event, the game does indeed feature an unstuck button, but in this particular situation this only just put me back up to ground surface level, only to see myself fall through the terrain yet again.

Though that was the worst of them all, more minor graphical errors such as weapons not properly appearing when attacking, and some of the more egregious audio glitches really do hamper the overall enjoyment of the game.

As there were many aspects of Noah’s Heart that impressed and entertained, so too were there many components that I personally felt needed more time in the oven. With the game’s official release just a few days back, the current state of the game left me wanting more polish to the gameplay to make the whole experience all the more diegetic.

All this being said, if you are willing to look past some rough edges and if the character creation and mobile MMOs are the things you crave for. Noah’s Heart is a definite contender for your time. 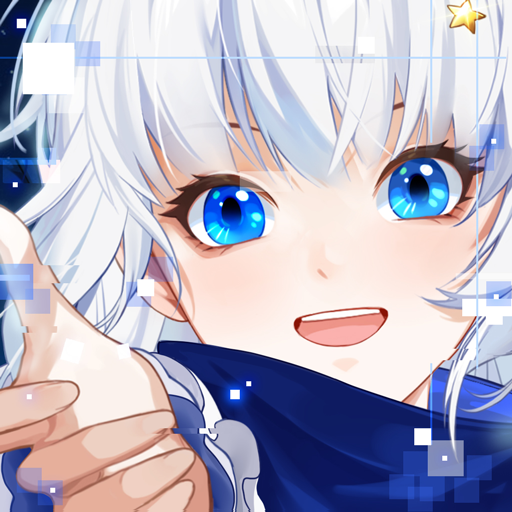