Fans of turn-based gacha RPG who are currently looking for a challenge can look to Argent Twilight: Secrets of the Dark Orbs, which tests a player’s strategic abilities in a rarely seen grid system. Using the Unreal 4 Engine, Argent Twilight is Nexon’s newest entry for the mobile market that intends to liven up the genre with flashy visuals and animated 3D models.

As a fan of strategy games and RPGs, I was ecstatic when I heard that it is currently having a soft launch in Malaysia and Canada. However, playing the game itself showed that Argent Twilight was a mixed bag in presentation; the game’s main story and gameplay loop are enjoyable, but other parts of the app detract from the overall experience due to performance or questionable design.

▍Position Your Party Members for the Best Chance of Success

The combat of Argent Twilight takes place on a grid-based battlefield, filled with enemies to defeat and obstacles to navigate around. Characters take turns moving around the battlefield and attacking enemies based on the speed of the character’s Action Gauge. The strategic element present in this type of gameplay is emphasized by the element wheel and environmental hazards, keeping players alert to the location of the party members.

Heroes are classified as either melee or ranged, which determines the range that a Hero can attack and counter enemies. Contrary to most turn-based games, the basic attack for each Hero is classified as a Normal Skill, which comes with its own effects. These Normal Skills are also used when countering, so sometimes it can be advantageous to simply wait for the enemy to attack first. Passive Skills also play a key factor in how a fight can go, from healing an ally to cleansing debuffs at the end of a Hero’s turn.

Each Hero also has a Super Skill, which is tied to a cooldown but can deal massive damage, buff the party, or debuff enemies. Using one can trigger a short cinematic, but you can turn this function off when you want to grind.

Unlike most grid-based strategy games, Argent Twilight adds complexity to the genre by repositioning an ally on an occupied tile to another empty tile if possible, opening the way for new movement strategies in each fight. This mechanic is a double-edged sword, however, as enemies can also use it to dogpile on an ally!

In the main story of Argent Twilight, players take on the role of Djur Wade, the president of Wade Express whose pottery fascination kicks off the adventure after he outbids the competition to obtain a vase he dubs “328”. Djur is soon targeted by a disgruntled bidder, and an attempt to steal the vase from the protagonist destroys the man’s priceless collection and leads to the discovery of an amnesiac dragon who frees himself from “328”.

Alongside his assistant Alcy and the dragon “Goldie,” Djur’s desire to avenge his pottery leads to the discovery of Dark Orbs, a strange medicine that seems too good to be true. Curious as to how this substance is connected to Goldie’s amnesia, the trio set off to explore the world of Materick and learn more about the dragon’s origins.

Argent Twilight follows the increasingly popular trend of implementing voice acting in RPGs, as both its main story and unlockable side stories contain fully voiced cutscenes in and outside of combat. Currently, the voice acting is limited to English as of this moment, so players looking for vocals in other languages may be disappointed. Notably, the voice clips in the side stories were slightly delayed in their delivery compared to the main story.

Unfortunately, the game drops the ball when it comes to providing consistent graphic quality. In spite of the excellent 3D models in the main story, the environment in cutscenes is relatively underdeveloped, and character models can sometimes appear with low resolution in some cases. Adjusting the system settings to improve the graphics can help, but won’t make up for an empty world.

▍Expanding Your Roster is a Trial

Argent Twilight subverts the standard of most gachas by requiring the player to spend gacha currency and Gold in order to roll. As Gold is used for many different ways to improve your Heroes and can be drained very quickly, players might have to choose between rolling the gacha and upgrading their units.

The gacha currency is also split into several tiers, and the Feathers required to have the chance to obtain a 5-star Hero are in relatively short supply. The gacha’s pity rate requires the player to summon 200 times without a 5-Star Hero, which increases the rate to obtain a 5-Star by 10% every 10 summons afterward.

The icing on this dubious cake is that a multi-roll does not guarantee a 4-Star. The game attempts to ease this grind by rewarding a Diamond Feather for completing all Monthly Quests, which can summon a 4-Star or 5-Star Hero.

Curiously, Argent Twilight offers a Fusion System where a player can fuse lower rarity Heroes into higher rarity characters as a way to obtain stronger units. Given the number of Heroes required and associated rarities for each Hero, this method to obtain characters is a long-term goal, rather than a convenience for unlucky players.

▍Experimenting With Characters is Challenging

For a game released in 2022, Argent Twilight, unfortunately, brings some inconvenient design decisions when it comes to making your characters stronger. Equipment is divided into different sets that provide a bonus when a certain number of pieces in the set are equipped onto a single character, encouraging players to try different builds on their Heroes.

Contrary to expectations, players need to spend Gold in order to remove equipment, and costs are greater for rare or high-quality gear.

Players who are looking to maximize their characters may become frustrated by the game’s substat system, as there is no way to influence the substats that come with each piece of gear, or what substat gets upgraded when enhancing equipment.

Argent Twilight takes another page out of Epic Seven’s book through its Ascension system, which allows players to increase the Star Rarity of their units. By sacrificing Heroes of the same rarity, a unit’s level cap increases but resets their current level to 1. It can be a long grind to get a single character to 6-star, but this system can make almost any Hero viable.

Players can also upgrade a Hero’s Skills by consuming a Skill Book that matches the Hero being upgraded, which randomly increases the Skill level of one of the Hero’s skills by 1. Alternatively, sacrificing a Hero of the same name as the unit being upgraded will increase the skill level of all of that unit’s Skills by 1 if the fodder’s Star Rarity matches with the unit being upgraded. It’s a confusing design choice that encourages players to pool many of their resources in only a few characters.

Obtaining the materials to upgrade Heroes is a bit of a chore when compared to similar games, as the Battle Loop function can’t be used until the player clears Chapter 6-1. The game’s Auto mode is also a bit unreliable for farming materials at a level similar to the player’s party. Argent Twilight also eats through battery life fairly quickly and heats up the device considerably while active, preventing long grind sessions if Battle Loop is unavailable.

▍Argent Twilight is a Little Behind the Times

Argent Twilight is a weird blend of modern graphics and storytelling with unfriendly gameplay design and excessive pay-to-progress monetization. The amount of RNG present in the ways to grow your characters and the drip feed of core currency outside of achievements is a hindrance for early game progression and for raising new Heroes obtained in-game. It’s not recommended to reroll in this game, as it can take hours before a new player can purchase enough Gold Feathers to try a multi-roll for a 5-Star Hero.

Even on the lowest settings, the game experienced several frame drops and sudden audio cut-outs during gameplay, giving the impression that the app was rushed in its development. Fortunately, there don’t seem to be any major bugs at the moment. Nevertheless, it may be too soon to write off Argent Twilight as it has only been a few days since its soft release.

If you’re willing to accept or look past the game’s rough start and you enjoy a story that balances seriousness and humor, then Argent Twilight might be up your alley. Time will tell if improvements will be made to ease progression, but for now Argent Twilight gets a 3/5 for what it provides to its players. 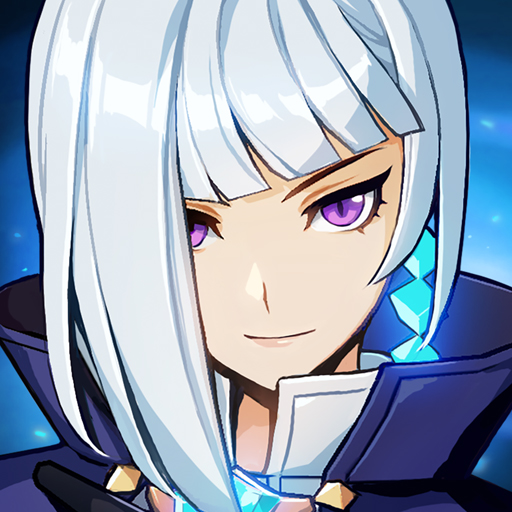