When it comes to RPGs, the Ys series may not immediately come to mind among more renowned titles, but it nonetheless has a remarkable history within the genre. Ys Online: The Ark of Napishtim is a mobile port of Ys VI, containing the same plot and scenario as the Playstation title, but includes MMORPG traits such as the inclusion of the player’s own character, job systems, and typical leveling and enhancement mechanics. Combining nostalgic SFX and UI, along with Japanese voice acting and 3D graphics, Ys Online is sure to grab the attention of veteran fans and MMORPG enthusiasts alike.

The app may appear to be catered toward Ys fans but also serves as a gateway into the franchise, and to MMORPGs as a whole. This Ys Online: The Ark of Napishtim beginner’s guide not only helps players who are unfamiliar with the Ys series get used to the series’ core gameplay, but can also speed up a newbie’s progression into the MMORPG itself.

Ys Online: The Ark of Napishtim Beginner’s Guide and Tips Hide
1. Tip 1 – Maximize Your BP to Unlock the Content
2. Tip 2 – Set Up Your Automatic Recovery Items
3. Tip 3 – Invest in Soul Cards
4. Tip 4 – Raise Your Adventure Rank
5. Tip 5 – Don’t Slack on Completing Further Tales
6. Tip 6 – Play With Others to Get Better Rewards
7. Ys Online is a Casual MMO that Both Game Veterans and Beginners Can Enjoy!

Ys Online: The Ark of Napishtim Beginner’s Guide and Tips

In Ys Online, content is unlocked based on the player’s total Battle Power, or BP. From unlocking difficult dungeons or getting access to a new gacha pool, it is in the player’s best interest to use the many different ways available in the game to increase their BP to unlock new content for the first time farm gear, or obtain other kinds of enhancements.

One notable method of increasing BP early on is to purchase the Storm Chalice pieces from the Mall using Emelas (B), from the pre-registration rewards, and from completing the missions by going through the tutorial. Consuming each piece increases your own character’s Attack, Defense, and Hit Points, and a special set bonus can be activated when all of the parts of the set are of a certain level or higher. The set effect of the Storm Chalice is nothing to write home about, but can still be useful under certain situations.

An important caveat that players need to consider is that the game limits players on the amount of EXP that can be obtained per day, which can be viewed on the Event tab. Powerleveling may not be possible, though the game provides ways to quickly obtain a lot of EXP, such as through Mecha Awakening battles and making up to 3 Wishes per day.

Early on, Ys Online provides players with food, which can be set to be automatically consumed when the player’s HP drops below a certain percentage. This system is extremely helpful for players unfamiliar with enemy attack patterns, but these consumables are also used when the player levels up as the player’s maximum HP increases upon doing so unless the threshold for usage is decreased to a lower HP percentage.

Keep in mind that there are two types of HP restoration consumables; food that provides a healing over time effect, and potions that immediately restore a large amount of HP to the player. The former has a shorter cooldown but restores less HP overall, but the latter requires players to spend a considerable amount of Silver to obtain.

Unlike traditional RPGs where player stats are dependent on gear and leveling, Ys Online takes character progression a step further with Soul Cards. Generally speaking, these cards are another piece of gear that can be ‘equipped’ onto your character. While Soul Cards have lower stats compared to player gear, they still play a significant role in empowering your character; the enhancement bonuses are nothing to scoff at, and can even be improved through Soul Card reforging, which adds stats to an existing Soul Card.

Initially, players are given one slot per equipment location, but leveling up allows players to unlock more slots to use. It can be tempting to simply use higher rarity Soul Cards, but as each card has different stat distributions it might be better to use a lower rarity Soul Card if it’s more useful to the player’s class.

Weapon Soul Cards are the most important cards to obtain if possible, as these Soul Cards carry an active Skill that can be used in battle!

On the other hand, Ys Online forgoes the traditional gear set system that many MMORPGs have, instead looking at gear enhancements as a whole. Enhancing enough of your gear to meet the requirements will grant small bonuses, which go a long way to empowering your character!

A notable mechanic in Ys Online is the Title system, where enemies are designated a certain Rank that corresponds to their perceived difficulty. Typical mobs might not even be given a Rank as they are relatively weak, but Bosses vary in what Ranks they hold, and the effort needed to beat them.

By meeting the requirements to upgrade your Adventure Rank, you’ll receive plenty of in-game currency and other upgrades. Notably, increasing your Adventure Rank will also allow you to deal more damage against enemies of a certain rank or lower; an extremely helpful boost when it comes to farming gear and EXP!

Though the app may focus on the social and competitive aspects of most MMORPGs, Ys Online leans towards the RPG traits of the series. Further Tales is another game mode that explores the backstory of notable NPCs, starting with the priestess Olha. This mode is located under the Event tab, so it can be easy to miss.

These segments feature short battles in a solo instance, but the player character is accompanied by the NPC and isn’t too difficult to clear. Most importantly, completing Further Tales segments is required in order to unlock more banners on the Wish screen; this is the gacha used to obtain more Soul Cards and other materials!

Tip 6 – Play With Others to Get Better Rewards

It can be daunting to play and socialize with others, especially if you’re not used to doing so. Ys Online helps players break the ice by increasing the rewards obtained when completing dailies. Luckily, players who cannot find anyone to join their party will have NPCs, who will help them complete the battle but still obtain the rewards from playing with others.

Ys Online is a Casual MMO that Both Game Veterans and Beginners Can Enjoy!

Ys Online: The Ark of Napishtim tries to bridge the gap between MMO and RPG with their new app, bringing simplified gameplay compared to the home series and providing many automatic systems to ease players into the multitude of systems within the game itself. To close this guide off, players should take their time in learning about each feature, rather than simply following the tutorial; too much information is dumped in a small period of time that contributes to the player character’s growth, which can be easily forgotten.

This beginner’s guide may not be able to cover each and every mechanic that Ys Online contains, but hopefully has helped readers to gain their bearings. If you’re interested in a narrative experience or you’re a fan of the Ys series, this game might be something to try out! 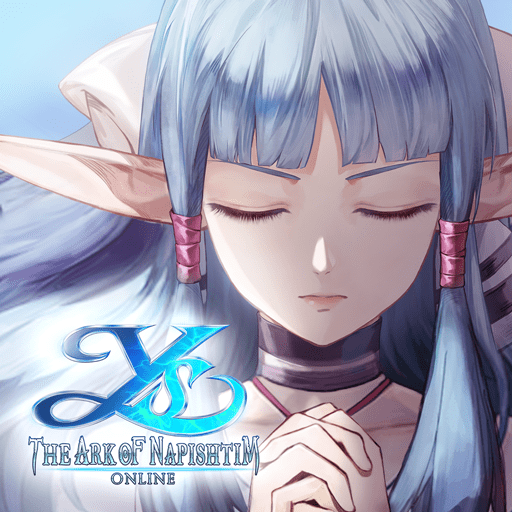