Bushiroad has announced it is shutting down the mobile game version of its mixed-media project, D_Cide Traumerei on October 28.

The mobile title was released alongside the anime of the same name, developed by Sumzap and Drecom as a new project for Bushiroad. The game will have been live for 1 year and 1 month, and the game’s shutdown was announced on September 30, the 1-year anniversary of the game’s release. The game has since suspended the sale of all premium currency.

In a blog post posted by the developers, the developers announced that the game will be shutting down due to a shift in management and concluded that it is too difficult to continue to manage the title in a satisfactory manner, and have decided to terminate the project.

As of September 30, the sale of premium currency has been suspended and the game has started accepting refund requests and will continue to do so until November 28. You can be refunded for any paid crystals you haven’t used by the end of the period. Also the game will still support account recovery until the end of the game, in case you had paid crystals in an account but stopped playing for some time.

Certain stages will be playable at half the usual cost from now until the game’s shutdown, and the reeling doll training grounds will be available until the service ends.

D_Cide Traumerei is a multi-media project by Bushiroad.

The series takes place in a world inhabited by horrifying eldritch-like monstrosities that can bleed into reality, seeking pacts with humans to grant them power and allowing them to bleed into our world. To combat this threat, a group of Slayers called “Knocker Ups” was formed to defeat these creatures.

The anime and game take place in separate timelines but similar universes, with the idea being that the anime would bleed into the game and vice versa, creating a joint experience.

D_Cide Traumerei has a rating of 3.9 on the QooApp Game Store. 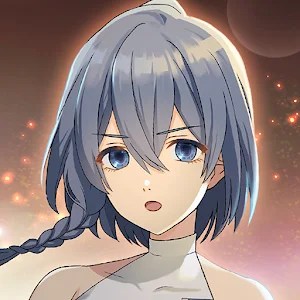