The franchise follows the story of Retsuko, a red panda who works in the Accounting Department of Carrier Man Trading Co., Ltd. She dreamt of enjoying the glamorous life as a career woman working at a commercial company, but in reality, her bosses bombard her with tasks and her coworkers push her around.

An original net animation (ONA) anime series adaptation was launched worldwide on Netflixin April 2018 and a second season in June 2019. The series’ third season will premiere in August 2020.

“Aggretsuko: The Short-Timer Strikes Back” is a match-3 puzzle-solving game, where players have to help Retsuko to relocate the office of her company. You will have to design the perfect office to cope with the needs of Retsuko’s colleagues by clearing different stages. You can also unlock the 1-minute-long TV animation episodes as the game proceeds. 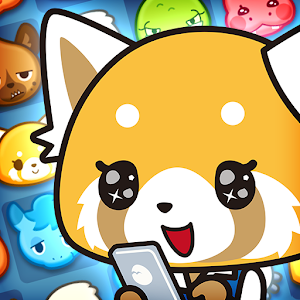