Epic Fantasy mobile RPG has opened a new server “Kaum” after the update today on July 16. The game can be played lightly and is especially suitable for those who are too busy to play games. Epic Fantasy features an idle nurturing system, where you can raise heroes with only one touch!

Epic Fantasy has an idle system that helps you to grow heroes quickly and easily so that you won’t get stressed when you don’t have time.

With just one touch using the hero growth materials obtained from adventures, dungeons, raids, towers, and automatic hunting! You can quickly and easily grow your heroes to their maximum growth.

Create your deck with over 150 types of heroes and each features their unique hero skills. The 4.5% summoning rate of SSR heroes also increases your chance to get strong characters. There is also a guaranteed reward that can be acquired repeatedly depending on the number of times the hero is summoned, so you can easily acquire the desired SSR or SR hero.

The heroes and monsters in Epic fantasy have 5 Properties and skill correlations. Strategies are needed to fight against the powerful bosses.

▍Legendary Equipment That Everybody Can Get!

In Epic Fantasy, various contents such as strategic dungeons, towers, raids, and rifts are available for you to obtain equipment. Conquer all the contents to get the best equipment and compete with other players to be the top! 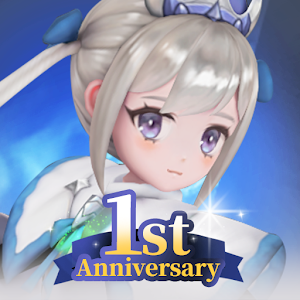