GRAN SAGA features a tap team battle where players can micromanage one character in their team at a time to perform more detailed actions including manual positioning. on the bottom of the screen there will be an icon for every character in the team. Tapping these icons allow players to control that character and activate their skills.

The Infinite Library is a roguelike feature in the game where players explore the infinite library one floor at a time. Each floor contains different puzzles and enemies, therefore, players will also have to change their strategies for each floor accordingly. Players will also be able to find chests with bonus cards that will give the player’s team passive effects from stat increase to heals.

Raids is one of the multiplayer co-op content that players can participate in with other players online. Raids provide players with a dungeon-like experience where they have to work together with other players and defeat all the monsters spread out in the area and defeat the boss in the final boss area. In the new PV released, players will be able to see each player’s damage contribution throughout the raid.

Raid Bosses are time-limited raids that players can participate in with other players online. Raids will feature one single epic boss fight. From what the PV revealed, Raid Bosses will have unique mechanics that differentiate them from normal raid content. As players deal damage, they will also build up a gauge at the bottom of the boss’ HP bar. Once filled, “Break” will be activated, disabling the boss for a short amount of time allowing all players to put in massive damage.

The Arena is where players can challenge other players and test the limits of their team. In each round, players can change their team’s formation according to the opponent they are facing.

The Guild Hall is the central hub for players to interact with their guildmates. Guild requests can also be accepted and handed in here.

GRAN SAGA is a cross-platform MMORPG created by NPIXEL available for iOS, Android, and PC. The story is about the adventure of a group of knights who want to save their kingdom from the curse of an evil dragon. 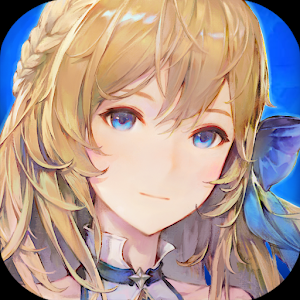