Pokelabo and Square Enix’s SINoALICE mobile game announced that the Black Butler: Book of the Atlantic collaboration will begin on December 28, 2021! The game is having a Pre-Collab Campaign to celebrate the collaboration!

During the collaboration, characters from Black Butler: Book of the Atlantic will be appearing in SINoALICE, and you’ll also get to play through a special original scenario! Players can also have a chance to get Sebastian/Mage simply by logging into the game! More details about the collaboration will be revealed later.

During the event, grab a screenshot of the GIF posted on SINoALICE’s official social media and post or comment with the text, “#SINoALICEBlackButlerCollabCatchphrase” to enter. If it gets more than 200 responses, every player can obtain 200 twilight crystals! Check HERE for details.

SINoALICE announced that the Black Butler: Book of the Atlantic collaboration will begin on December 28!

Join the Pre-Collab Campaign and get 200 twilight crystals! 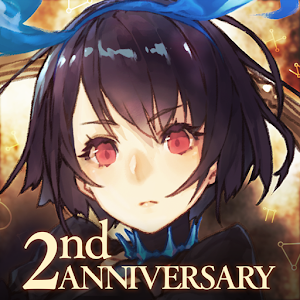