Square Enix officially launched A Man and His Cat Super Miracle Puzzle causal puzzle game for iOS and Android devices on January 20, 2022. Service opens with a time limited in-event “Fukumaru’s Balloon Drop”, where you can get a “stuffed tora-neko” as a reward.

This is a puzzle game in which the familiar characters from the manga A Man and His Cat by Umi Sakurai appear in chibi forms. You can relive the original story and enjoy original episodes. Natsuki Hanae and Joji Nakata also join the cast of the game.

To celebrate the amount of pre-registrations, all players will get a special costume for Fukumaru, Coins x 3000 and a special avatar to put on their profile! Now, isn’t that the cat’s meow?

▍Read Chapter 1 of A Man and His Cat Super Manga For Free!

To celebrate the game’s release, the first chapter of the manga the game’s based off will be available to read digitally for free on Square Enix’s GANGAN Online app until January 31. If you’re curious on what to expect from the story, don’t miss out! 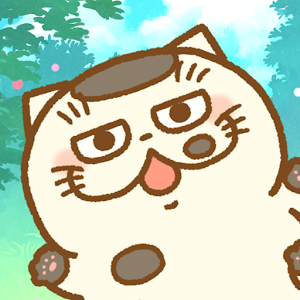