As a free-roaming MMORPG title based on the popular Jade Dynasty franchise, Jade Dynasty: New Fantasy surprises with astonishing 3D graphics and authentic turn-based MMO features. The game boasts a vast world to be explored as you make your way through perilous terrain and takedown terrifying enemies with your controllable character. Let’s take a look at what Jade Dynasty: New Fantasy does right and whether it deserves your time.

▍Create Your Heroes with a Wide Range of Customization

The first thing that might strike you when booting up Jade Dynasty: New Fantasy is the broad range of customization for your character. Firstly, you are free to choose your class including “Vim”; a sword-wielding DPS machine but with very little defensive stats, “Sky Song”; a staff-wielding support class with high survivability, and Long Evity”; a class designed around Jade Dynasty’s unique “Seal” mechanic.

There are a total of eight classes to choose from; each offering a unique ability and skills for players to discover their suitable playstyles. The Wuxia reference makes the martial arts-themed skills possible and definitely gives you the chance to become a true martial hero with your own customization.

After choose your class, you have the choice to customize your character’s facial features and body type. While this has become the gold standard in many console games, this has not yet become a staple feature in mobile games. It was great to see such a wide array of choices for your character with the number of options here rivaling some modern-day next-generation titles.

Hairstyles, makeup, and proportions are all changeable here and we thoroughly enjoyed our time spent crafting the perfect character!

▍A Compelling Narrative Drags You Into Its World

As you can imagine for a game based on a book, the narrative plays a key role in Jade Dynasty: New Fantasy. If you are a fan of typical JRPGS or RPGs in general you will be happy by the level of polish and detail given to the characters and overarching plot developed here. However, if you are a fan of being able to get into the gameplay as soon as possible, you may find yourself power tapping through the extensive dialogue and cutscenes (at least, at the very start of the game).

There is nothing inherently wrong with games that focus heavily on their story but, at times, it did feel as though we were watching a movie with a brief minigame every few minutes. Luckily, when you do regain control of your character, the combat makes up for the long wait by delivering immensely!

The gameplay of Jade Dynasty: New Fantasy can be split into two sections. Firstly, you have the explorative aspect in which you control your character and explore the massive world in Jade Dynasty. During this time, you will have limited access to abilities but can still auto-run or jump to speed things up and access your inventory and the menu settings.

Then, we dive into the combat section of the game in which you square off against enemies in turn-based combat. The combat here has several options that can be used in any one turn. For example, you can unleash a powerful skill to either deal damage, heal a party member, etc. (These can be leveled up through a skill tree as well as learn new skills).

You can also summon an ally (spirit beast) to assist in combat or perform a basic attack that does not consume battle resources. You can also protect or defend your ally by shielding them from incoming damage. The wide range of action available gives flexibility in battles and thus provides options fighting against powerful enemies.

Balancing these options will separate good Jade Dynasty players from great ones and those who can master the combat system will be rewarded with highly thought-provoking battles.

After combat (and throughout the world in general) there are tons of items to collect which can be used to craft even more powerful weapons or potions to assist your journey. Be sure to balance combat and exploration for the best experience!

While the gameplay and art design are the main draws to Jade Dynasty: New Fantasy, there are so many small details that have been painstakingly considered when developing this project. Nearly every line of dialogue is voice-acted which only breathes even more life into the stunning world created here.

The cutscenes are seamlessly integrated into real-time action and forego the use of loading screens (for the most part) only deepening your immersion into the narrative.

The art style used here is breathtaking and it begs to question just how all of this was created and executed on a mobile device. At times, this game looks as though it has been ripped from a next-generation console and we cannot praise the seamless art direction, character models, and combat animations enough.

Jade Dynasty: New Fantasy satisfies the dreams of all RPG/MMORPG lovers by blending deep turn-based combat with a gripping storyline and gorgeous visuals. The slower pace may turn some people off but those who stick with the title will be rewarded with an adventure the likes of which they have never seen before. It is rather difficult to describe how high-quality and vivid the game’s graphics has achieved, so you are highly recommended to discover on your own. 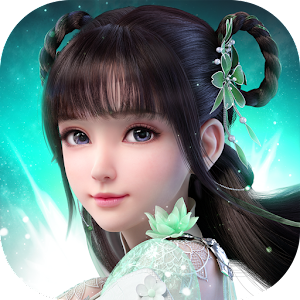