As the successor to Chain Chronicle, Sin Chronicle has drawn lots of attention for its “decision-based” storyline, giving players the freedom to create an ending of their choice. The game saw some hiccups with its delayed release after its initial CBT but finally launched in Japan last month.

This Sin Chronicle Beginner’s Guide will offer some of our personally observed tips and tricks for beginners, so to make your new journey nice and smooth. But you are also highly recommended to enjoy the massive worldwide at your own pace and way and take pleasure in choosing your own path!

Re-rolling for characters is highly recommended in Sin Chronicle no matter from which banner you choose to do it so. This sounds basic for seasoned veterans but for new players, they might choose to settle for Spirits instead of characters which will highly damage the progression pace they can make throughout the game.

Characters can be actively used in battles and unlike spirits which are equipped on characters, they do not need a pre-requisite to be used. Hence, rerolling for high-tier characters from the gacha system using the pre-registration rewards will provide more value. We recommend re-rolling for the following characters: Niaia, Agata, Arin, Gaust, and Akane, who is known to have high attack power and will make your main story process faster.

With so much content that Sin Chronicle has to offer, beginners are recommended to focus on progressing the main story. The main story progression not only unlocks different areas in the game like the Gacha as well as Events but also provides more premium currency which will further help you in doing more gacha summons or stamina refills to increase your roster of characters and boost progressions.

▍Tip 3: Choice of Fate is Irreversible

Choice of Fate is known as the important decision that we make at the end of every chapter. These are usually shown by 2 different cards where one is in Blue color while the other is in Red. The Choice of Fate will ask you to determine which characters and items you unlock as your progress in the game. The story also completely changes if different choices are made. Make the choices wisely but overall, both the choices are equally good and are available as a feature of the game and aptly fit into the theme of “decision-based” storytelling.

As for choosing whether to save Gunder or Anne (the key character in chapter 1), most will suggest Gunder simply because he is one of the strongest water units at the early stages of the game, but you are still suggested to make choices according to your own preferences.

There will come a time when you feel stuck in a particular quest in Sin Chronicle and will feel either you have weak characters or have made the wrong choice which has affected your difficulty in-game. However, the former option might be true since you might have forgotten to equip them with weapons and items. This was explained well in the tutorial but is not repeated, so it might hinder your progression.

The higher the rarity and rank of the weapon, the better the overall main stat and ability effects it provides to the character. Fully uncapped the equipment will also increase your combat power. We recommend players to farm equipment from the previously cleared quests on repeat till all of their characters in their roster have both of their item slots filled which will certainly boost their Combat Power.

Some hidden chests in quests contain some high rarity weapons or magical tools. You may not encounter them if you turn on the “Auto-Run” option as that is designed to take us to the finish of the quest. These hidden chests are available in almost all quests and can provide some additional (great) rewards.

This is a massive tip for every player playing Sin Chronicles. This might sound basic but there are so many things to enhance in Sin Chronicles and each of them provides additional stats and ability effects that directly increase your Combat Power.

Simple things make the biggest difference in these RPGs and there might be something that you haven’t enhanced or looked into. Here’re all the things that you can enhance and strengthen;

Beginner Missions can be accessed from the top left-hand side of the main menu and contain some of the easiest and most rewarding missions in Sin Chronicle. Players can earn up to 450 Gems and a 10-summon ticket by completing all the beginner missions. The missions are quite easy like making formations, enhancing weapons and heroes, etc. We highly recommend that you start doing them and completing them as soon as possible for free summoning currency which can help in increasing your roster of heroes.

▍Tip 7: Every Enemy Has a Weakness

In Sin Chronicle, whenever you are stuck at a stage or a boss battle, remember there’s always a weakness in them. Before you start the stage, you can see the different enemies which are going to appear in the battles as well as their attributes. By forming and organizing a party that has an attribute advantage over the enemies, you will gain a natural advantage over them as your heroes will deal more damage to them in combat.

Lastly, enjoy the game at your own pace! Remember, smartphone RPGs like Sin Chronicle don’t just provide a one-time clear experience, but an ever-growing experience for players to collect characters and make new decisions as more events and chapters are released in the upcoming future. Sin Chronicle is a beautiful and immersive title that values your storytelling experience, so these tips simply offer a little help for beginners to understand its game system. Hope you enjoy this mobile game as much as we did.

Sin Chronicle CBT Review: An RPG that You Can Really Decide the Ending 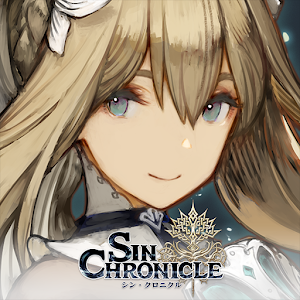