Check out our Soul Tide Tier List to learn the best Dolls to use for faster progression in-game!

Soul Tide is a recent anime-style gacha game that blends traditional RPG gameplay with distinct puzzle-solving elements unique to any mobile game seen before. Through exploring the game’s many dungeons, players will need to decipher mysteries while engaging enemies in turn-based combat. Like any gacha game, there are plenty of interesting characters to help fill out your party. The “Dolls” in Soul Tide come with various unique abilities to help turn the tide in battle.

While most gacha games incentivize rerolling for high-tier units, Soul Tide’s free characters (given to all players for logging in for the first time) are surprisingly adept at clearing early content. Many tier lists place these characters highly, so don’t feel inclined to reroll too much. That being said, this Soul Tide Tier List will provide you with a few recommendations for those looking to enhance your account from the get-go!

Colcher is the premier hero to reroll for in this Soul Tide Tier List. She is considered the best healer in the game and possesses the unique ability to reset the ultimate cooldown of your allies. If that wasn’t enough, she can both cleanse and heal the entire party as well.

Akaset is the best tank in the game and will be able to support your lesser-powered units in early-game content. Not only does she satisfy the necessary criteria as a meat shield, but her ultimate can also hit like a truck. Furthermore, Akaset can reduce the damage suffered not only to herself but also to all allies, ensuring your entire team can stay alive through challenging content.

Nicolette is a powerful damage-dealer that can deal with heavy DPS while also increasing the attack power of your allies. Her bleed effects work best when stacked so pairing Nicolette with other Dolls that can inflict bleed allows her to shine even brighter!

Mako is a fire-type support Doll that can enhance the abilities of your fire-type teammates. While Mako can provide great party-wide support, her ultimate ability is where things get interesting. This skill grants a target ally the “Nirvana” buff. When an ally granted this buff suffers fatal damage, they will be revived with a percentage of their health. Mako’s ability to protect crucial teammates from death can be very useful in tougher fights!

Asuna is a free unit that will be acquired during the initial tutorial. Despite being a welfare character, she is incredibly powerful thanks to her ability to ignore defense, and, when pit against enemies with “physical weakness,” she will melt almost any opponent.

Lilyiro is a free-to-play unit available to everyone. She is not unlocked at the start of the game but can be acquired as you progress through the story. Lilyiro is another powerful DPS option, and when paired with Akaset, she forms the core of a very strong lightning team! Lilyiro is a single-target nuker capable of evaporating enemies as the battle goes on. Her passive increases her critical hit rate and damage as each turn pass, meaning that the longer she stays in the fray, the stronger she becomes!

Benten is a great AOE damage dealer capable of dishing out heavy fire damage to five random enemies. Benten also has a unique 30% chance to deal damage to a random enemy after an ally attacks. Benten makes for a great secondary DPS, but the randomness in her kit makes her unviable as a primary damage-dealer.

Virgina is the first doll you will receive for free at the start of the game, meaning you don’t need to worry about rerolling for her. She is a decent healer who can restore health, dispel debuffs, and buff the damage of her allies. Additionally, she can also inflict AOE defense down on all enemies making her great as a setup Doll for your damage-dealers to finish the job.

Ennis is a self-sustaining damage-dealer who can dish out heavy damage so long as she remains above a certain HP threshold. Luckily her abilities are all about keeping her health topped up. Ennis can increase her damage passively over time, gaining increased percentage bonuses based on the amount of current health she has. Furthermore, she will restore a portion of missing HP when dealing damage.

Andrea is a hybrid DPS/Tank Doll whose damage increases the more times she attacks. Using a frost set, she will increase her attack damage every time she attacks an enemy. However, when used with a lightning set, she becomes a great tank capable of redirecting a portion of damage suffered by other allies to herself.

All other Dolls in Soul Tide would fall into B-Tier. These include:

These characters are not flawed by any means, and pulling any of them would add a great deal of power to your team. However, the above units should not be prioritized over the higher tiers in this Soul Tide Tier List if you are looking to maximize the potential of your account.

With any new gacha games, people are quick to ask for tier lists so as not to regret their account later down the road. However, Soul Tide is special because there are no forms of PVP to be had here. Because of this, you will never have to worry about being dominated by overpowered units in the arena. While any top-tier characters will help you out in PVE, choosing your favorite designs will ensure you can have the most fun playing! 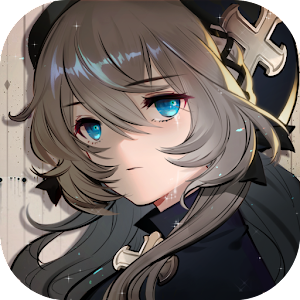